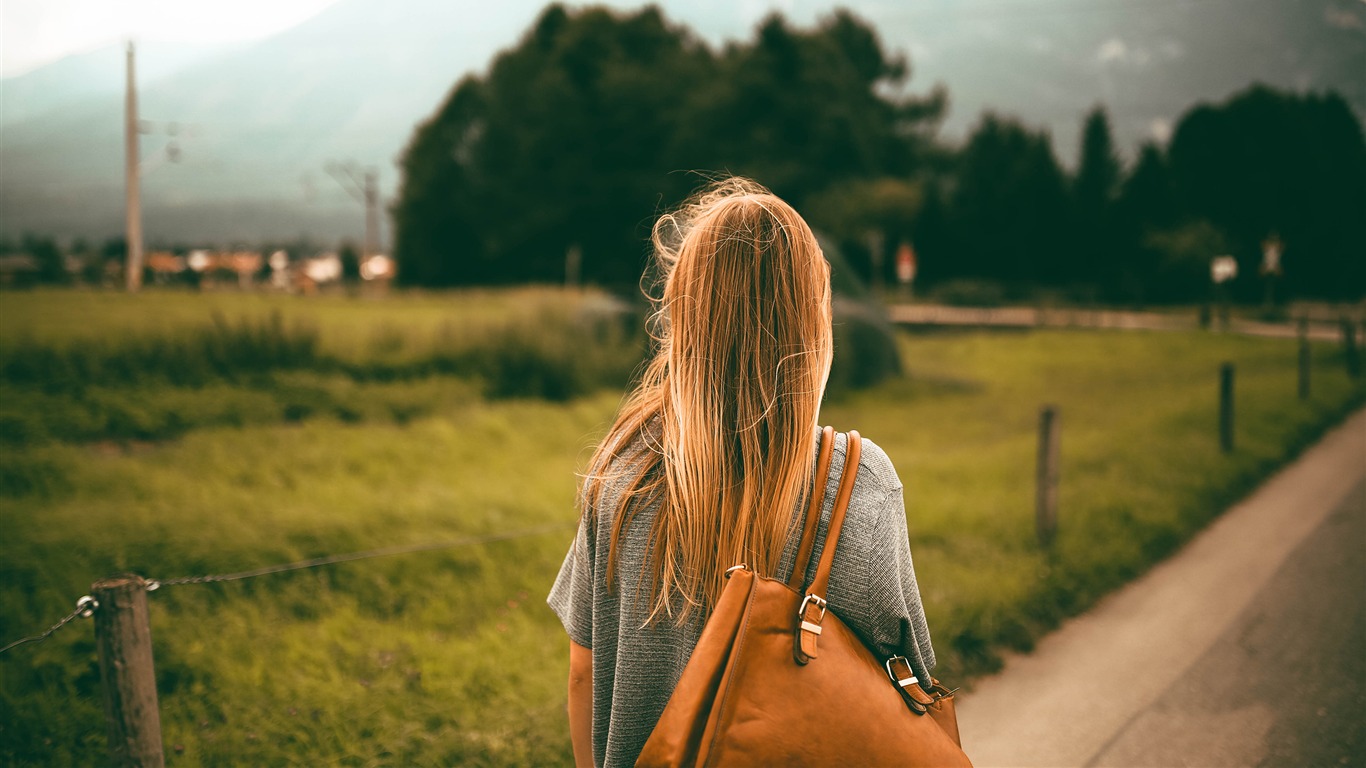 It is 2.30 pm. I stretch and inhale the home air, in excitement as I get down from the intercity, right at the private bus stand. It is the April’s New Year season. And as soon as college broke for the short vacation, it was my first instinct to pack my bags and get back home. New year’s meant celebration at Aththamma’s and my whole family was already there. But, I was late as usual. I am already enjoying the feeling of a long stretched holiday at Aththamma’s.

Last night as I called Amma on the phone, “හෙටවත් කැම්පස් එකේ නිවාඩු දෙනවද?” was her first question. College never gives holidays any earlier and her question was whether I could get home the latest next day. “අත්තම්මා බලන් ඉන්නේ ඔයා එනකන්”. Aththamma adores me and is awaiting her favorite niece. That’s why I told amma to tell her, I am coming to eat her exclusive කළු දොදොල්.

I step on to the pavement, with the two heavy bags bulging on the sides. I had to keep my laptop in the clear, while the rest was only cloth.  Amidst all the work chaos earlier this week I had to run out on a shopping spree with my best friends. It was Awurudu and it meant the gifting season for any usual family.

“Amma I’m at the town. Is there anyone around to pick me up?” I ask her hopefully.

“Puthe, no one is at home to come by, can you come by bus?” She replies.

I hear her desperation, as I can hear Aththamma blaming out someone in the background.

“Ahhh, okay Amma”, and I listen as the line goes dead. I know how busy she gets with Aththamma always behind her heel for every little thing. The නැන්දම්මා-ලේලි bonding, my father used to joke about. Amma was her one and only daughter in law.

I cross the road for the central bus stand. The city is alight with excitement. Temporary vendors are all over the place. They rule the pavements for the season. රතිඤ්ඤා – called locally as firecrackers, sellers shouting out “හට්ටි, මුට්ටි ලාබයි, තව ටිකයි, තව ටිකයි!” trying to sell the pots and pans with the gesture of it been the last lot and very cheap. Another shouts out “ලිතක් ගන්න ලිතක්!” trying to handout the special calendar with the auspicious times of the whole year. The sweet shops are flooded with people making a variety of purchases with the කැවුම්, කොකිස්, and cake for the new year table.

“ඇවිල්ලා අවිල්ලා සිංහල අවුරුද්ද ඇවිල්ලා, වරෙල්ලා වරෙල්ලා වැල්ලේ පදිමු රං ඔන්චිල්ලා…” the familiar new year song booms from a clothing shop to get the attention of prospective shoppers who are willing to look at their discounted seasonal collections. I sway sideways due to the oncoming traffic. From grandmothers to nieces, all members are out on this day, before new year’s, collecting everything for an exciting celebration.

A lottery seller half knocks me out with his wooden board, as he stumbles through the crowd. “අද අදිනවා! අද අදිනවා! කෝටි දහයයි! මේ අලුත් අවුරුද්දේ ගමුද අපි ලොතරැයියක් නෝනා?” He tries to sell me lotteries which are having a winning prize of 10 million. I recall aththamma on the phone last week talking about my luck for a win at the lottery. “Take as many possible and try your luck”, she had said. I did blame her for her stupid beliefs. “But, why not try it for a change”, I thought as I purchased two lottos.

The stand was just a two hundred meters or so from where I got down. But getting there felt like an eternity. Now, I can see a couple of CTB buses waiting at the rear end of the walkaway. I walk right over to the front of the bus and check out the journey board.

The driver is already in his seat but there is no sign of going anywhere. I get on the bus and asks the driver, “කීයට ද යන්නේ?” When is the bus leaving. He looks away and spits out chewed betel and replies that the leaving time is 3 pm. But that the bus will take off only when it is fully crowded as it is the last one for the day because of the new year.  I smile and slide to the middle of the bus, trying to find space to pitch in my bags. An aunty asks out my bag and I hand her one for her lap. I squeeze the other on the carriage hangar on top.

I can smell the roasted වඩේ and the tasty dhal bite waters my mouth. It’s starting to get hot in here as more people clamber up the steps. Aunties in රෙද්ද-හැට්ටේ, sarong clad village men chatting between there reddened teeth, occasionally spitting out betel. One clambers in with a huge ගෝණි මල්ල, a big bag full of purchased goods. The gist of the ride is that most of them know each other and their loud chats keep me entertained for the ride as they talk of their new year vibes, from sale shopping to a mutilated කොකිස් at home. Something that awes me about a serene village life away from the troubling and busy city. Everyone is happy and excited for the new year. I stand all the way home.

I get down and walk up the road home. “Hello, nangi! Back home on time for the new year, I see” That is sister Shanti, our Aththamma’s neighbor. I talk with her as she accompanies me up the hill.

Running towards the house, I see Aththamma on the porch ordering Simon to clean the cobwebs. Simon has been our housekeeper for a long time, even before I was born.  I can see Aththamma is still doing a great job maintaining the house. She had repainted the whole house this year for new year’s. The brass pots lay in line along the side of the main house, like shining armor. The garden was neat as ever.

She looks at me through the rims of her glasses and shouts out in excitement. “චූටි is here”, she calls me චූටි for love, because I am the youngest in the family. She hugs me and escorts me in. Amma comes running from the kitchen and I melt in her arms. Podi Akka comes clutching a pot full of oil cakes and I snatch one out of her. She hits me lightly saying, “Start eating the moment she sets foot home”. The house is full of activity. I follow Aththamma with the smell.

දොදොල් is being stirred in a big pot set up in the backyard. Thaththa hugs me as soon as he sees me. “Caught the bus on time?” he inquires as Shan aiya helps him getting the දොදොල් in order with the help of Siripala. “Too much fire on this side, keep it equal” Orders Aththamma as she approaches her valued pot. I peek in inhaling the sweet smell.

“චූටි, you came?” I hear ලොකු shouting from behind me. Seneth, my little nephew comes running into my arms. “We are trying out the swing in the mango tree. Let’s go and try it out චූටි පුංචි!” It was one of my favorite parts of the new year, when my late Seeya used to fix us the swing every time and I was the first to test it. “Don’t trouble පුංචි, she is tired from traveling all the way from Colombo” Akka tries to calm Seneth. “It’s okay Akka”, and I run with him towards the swing. As is swing, I recall the good old times.

“පුංචි, did you hear the කොහා?” my nephew inquires about the traditional fowl which sings especially during this season.  “In the city, we don’t hear him, but here it is calling out all day”. “Let’s listen to him tomorrow together shall we?” I reply as I cuddle him in my grasp.

Podi Akka comes handing glasses of බෙලිමල් for everyone. Everything is Aththamma’s plans. “It’s celebrations, everyone,” says Aththamma as she recedes into the house.

In the evening, we all go to the village temple during the නොනගතේ. It is the inauspicious time to start any work but to engage in religious activities.

When the new year dawns at night, it’s time for cooking. This time it is unusual as the auspicious times fell at night, and it was a milk rice dinner. We wait for the milk to boil in excitement, until it is time to eat together. Shan aiya, my sister’s husband, lights up firecrackers at the auspicious moment. And here we are all sitting at the table, dressed in shades of orange, facing the east. The color is depicted according to astrological beliefs and so are all the auspicious beliefs of the new year.

Aththamma lights the lamp and she spreads the love across to everyone, feeding us milk rice, and sambol. I await getting my hands on the දොදොල් plate. I feel ecstatic, as I bite into the black mushy cube flavored with the cashew nuts to give the occasional crisp. Next, we are at the favorite part of the new year celebrations – the exchange time.

I had small gifts for everyone. I cherished everything I got. “සුභ අලුත් අවුරුද්දක් වේවා චූටි” Aththamma hugs me as she gives me the brown paper wrapping along with the folded betel leaf. I go down on my knees and I worship her. So, does to all my adults. I see tears in Aththamma’s eyes as she cuddles Seneth in her arms and looks at all: her son, daughter-in-law, three nieces, and Shan aiya. “I am so happy for all of you! May the new year bless all of you the happiness and joy of a lifetime my dears! May the Triple Gem bless you all”

New year at home thus ends, with the love and excitement for a full year ahead.