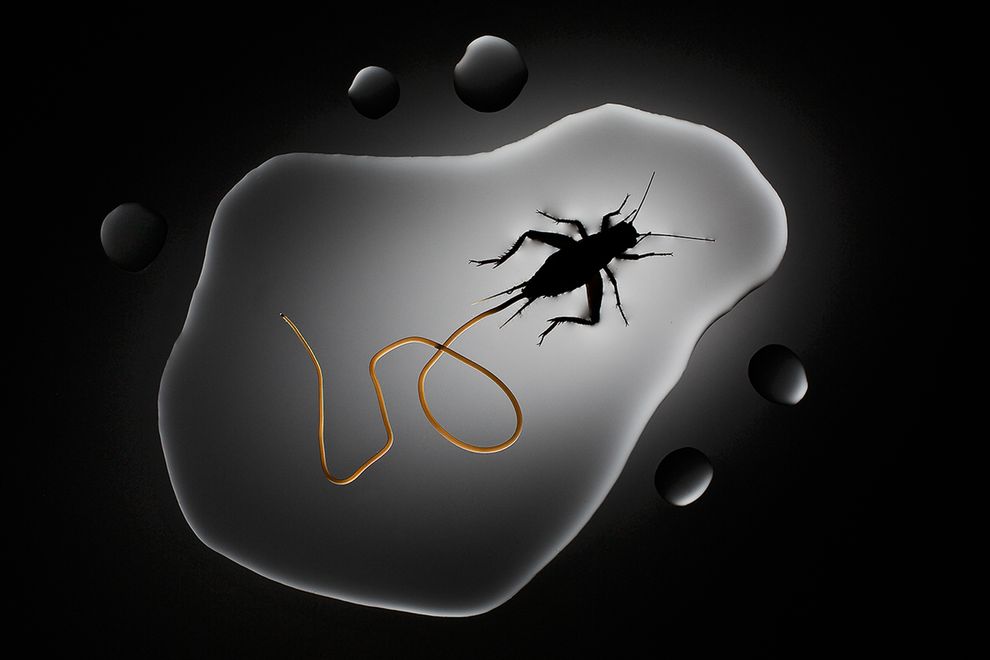 A parasite is a type of species that maintains a one sided relationship with its partner or host. Why I call it a one sided relationship is because the parasite benefits from the host, takes out all of its resources and gives nothing in return. I know that’s a terrible relationship to be in, but then again you find such things happening in most real life relationships as well. The parasite will never kill the host it has occupied, because that means its own life is at risk, but once it has used all its resources and is mature enough, it will leave the host (to die in most cases) and will jump into another one sided relationship with another potential host and continue its life cycle. Wow, this really reminds me of people – but I’m talking about Biology here, so let’s not drift from the topic.

What made me very interested in parasites is that – in the November 2014 edition of the National Geographic magazine an article was published stating that parasites can make the host a ZOMBIE. Yes, the parasite has the power to take control of the host, to make it do things against its will.

Here’s one of my favourites:

When the cricket goes scavenging over dead insects – looking for something to eat, the larvae of the worm gets on to the cricket, and grows inside it (Gross…I know). The cricket is terrestrial (lives on land) but the adult stage of the worm’s life cycle is aquatic. So when the worm is mature enough it alters the brain of the cricket to abandon the safety of land and take a suicidal leap into the nearest body of water.

Allow me demonstrate it via a dialogue happening between the host (Cricket) and parasite (Worm):

Worm: Psssst… are you up? Guess what man… it’s my birthday! I turn 21 today! We have to go out and celebrate!

Cricket: Huh? How come I’m hearing voices in my head? Oh well, it’s telling me to go out tonight – I guess I can leave my home sweet home – just for one night. So where are we going tonight?

Worm: I’m having a pool party close by, and I’m inviting the lady crickets to join too. Trust me, it’ll be fun!

Cricket: I have to admit, I don’t know how to swim – but I do like the ladies though. Hmmm… let me think…. OK, let’s go!

Sadly there weren’t any lady crickets at the party, but there was a pool where the cricket anyway jumped and drowned because the voice inside his head kept telling him to do so.

As you can see in this image, once the cricket has drowned himself inside the pool of water, the worm exits the cricket to continue with its life cycle: mating, laying eggs and killing more innocent crickets.