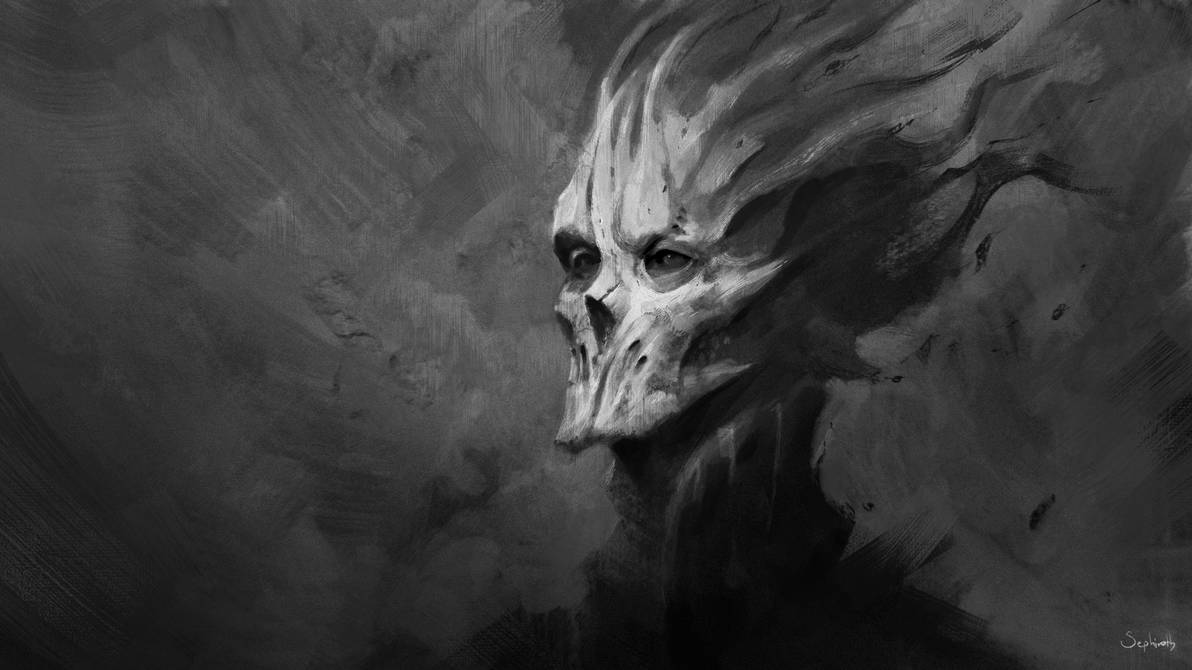 She sat on an empty bench and stared into oblivion. Anyone who saw her might have thought that she was in a trance with how she sat up straight and stared into the distance with unmoving eyes. Well, they were wrong. She was at war…. a war against herself.

Even though she looked calm on the outside a creature of darkness was waking up inside her. It had always been known to her That there was a demon inside her like all people did but she had been able to suppress it, chase it back into its cave in the deepest, darkest depths of her mind. Good wins over evil, light vanquishes darkness, that’s what she had believed……that’s what she was taught.  Nevertheless, she was starting to second guess all of it. Her ability to differentiate right from wrong was slowly deteriorating. The fine line between them was fading into oblivion inside her mind. “Did good really have to win against evil?” “Does the darkness always have to be conquered?”. She kept asking herself over and over again, constantly questioning her conscience. Betrayal, loneliness, the bitter  feelings of resentment were what kept her company as she spent time alone and without her knowledge, the creature within her woke up from its sleep.

This time she allowed it to leave the cave where she had locked it up a long time ago. Was it because she wanted to explore what it was really like to leave an untamed monster unchecked, well……she didn’t know, and neither did she care. As soon as she decided to turn a blind eye to the darkness within her it started to sink its claws into her mind. It began to penetrate into the deepest parts of her soul and tainted it with dangerous desires. It bound itself to her feelings and thoughts and sucked the light and virtue in them. As each day passed by the monster grew stronger, braver, and more powerful. She could feel it in her body,  in her bones and in her soul. Even though she kept feeling that it was wrong to give in to the evil lurking within her, it felt great to let it out. It was such an exhilarating feeling that it was almost addicting. Like a drug that slowly took over her entire body and mind while making her feel stronger, bolder and more powerful. She felt in control when she sided with the monster within her even though the rational side of her mind warned her against it.

Today, as she sat on the empty bench, the final battle between the light and the monster within in her began. The monster had spread its command far and wide across her mind and soul. It was as if there was no turning back. “How ironic….”, she thought to herself as the good, the light within her was cornered and pushed further and further away into the depths of her conscience. It was weak for it has always gone unchallenged and victorious without a fight. Nevertheless, it never gave up. Even now, when the odds seemed to be in the favor of the creature filled with darkness the light fought back, weakly. To her relief, the monster was far too strong, untamed, and unafraid to lose the battle. It had already sunken its claws into her mind that it had lost the ability to feel guilty about driving away the light within her in order to replace it with darkness. Her sense of justice, right and wrong had faded into emptiness. With one final push, the light was trapped in the cave where the creature once decided. Bound by the chain that kept it in place never to be able to move out again.

She let out a sigh and a feeling of exhilaration spread through her body as the monster became a part of her. They used to be two counterparts trapped in the same body but now they were one. The monster was her and she was the monster. She still felt a familiar tug from the cave but she waved it away. The battle was over and she was reborn a new person, bold, untamed and unafraid.  No one will ever treat her unfairly nor will she ever be looked down upon. She felt a tingle down her spine as the excitement made her feel giddy. Her smile turned  into a blood-curdling evil grin as she whispered “Darkness, come take my hand.”