Ven. Ajahn Brahmavamso Thero once delivered a sermon to a group of criminals in an Australian prison. To his utter surprise, these formerly violent criminals were sitting quietly and listening intently to the sermon. The reason for this unexpected behavior was revealed immediately after the sermon by a prisoner who appeared to be a leader among them. He said, “Venerable sir, we are still waiting for you to preach how to levitate, so we can float over these walls and escape!”

Levitation is a process in which a mysterious upward force counteracts the downward gravitational force of an object so that there is no physical contact between the levitated object and the ground and the object floats in a stable position. We can achieve levitation using five different techniques according to different levitating forces: magnetic, electric, optical, aerodynamic and acoustic. This article focuses on acoustic levitation.

Acoustic waves are mechanical waves that can only propagate through a physical medium. These waves scatter on meeting obstacles and transfer some of their momentum to these obstacles, creating force. This force can also be seen as a consequence of radiation pressure and is relatively small, but it can become sufficiently large to overcome gravity force. Usually waves with high intensities and frequencies in ultrasonic range of spectrum are used (above 20 kHz) in acoustic levitation. Therefore, this technique is soundless for human ears. The main advantage of acoustic levitation compared to the other four techniques is the fact that we can use it to levitate objects made of any material whereas the other methods have restrictions on the materials used. 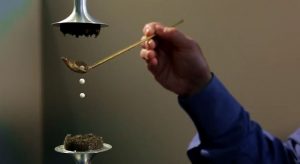 After assembling the circuit and passing the generated wave through it, an amplified ultrasonic wave can be obtained from the transducer. If a plane reflector is fixed at a distance ½nλ away from the transducer, a standing wave is created between them. Theoretically, light objects can be made to float in the calm spaces known as nodes of the standing wave, and this is practically valid in outer space. However, on Earth, our light particles must deal with an extra force known as gravity. Thus, they float just below the nodes of the standing wave, where the pressure acts upwards to balance the action of gravity. 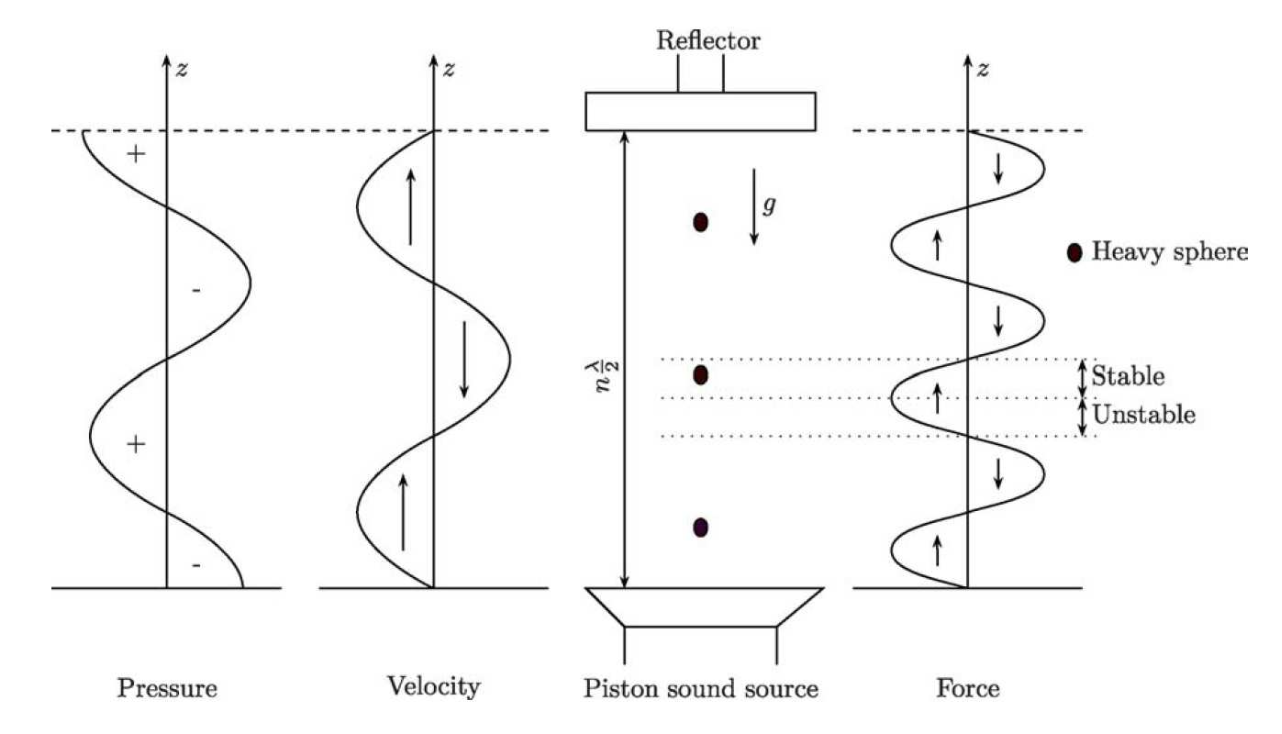 The following video shows a group of students demonstrating acoustic levitation at the Electronics and Computing Laboratory, Department of Physics, University of Colombo.

With the resources currently available, we can only levitate small objects. However, this concept can be expanded to perhaps create a field of levitation so that much heavier objects could be floated from one place to another. In Japan, magnetic levitation is used to power the Maglev train. Perhaps acoustic levitation could be refined to create a more efficient mode of transport than the Maglev.