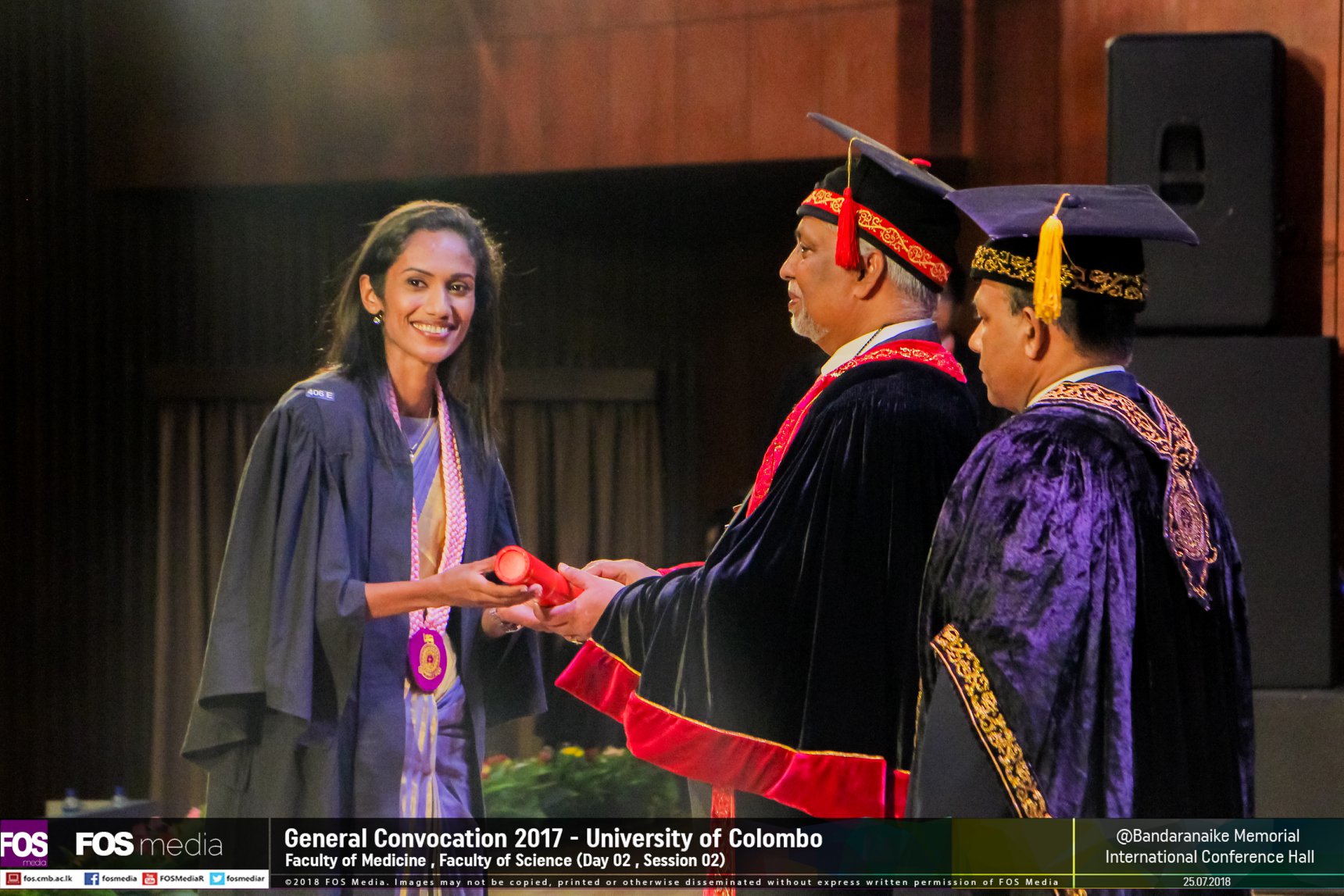 At some point in our lives, we all made our decision to start this new journey of university education choosing the Faculty of Science, University of Colombo. I am pretty sure, since the first year at university, we all have heard these famous three words, “Fourth Year RESEARCH”. But little that we knew, this fourth-year research will become a giant player as a part of our degree. At least for a bunch of us, these three words will remain a complete mystery until it hits us in the final year. Therefore, here we are, the FOS media introducing you to the fascinating and valuable research projects done by our very own alumni in their fourth years so that the student community will get their inspiration while they are still in their junior years.

For this, our speaker today is Ms. Dasuni Pramodya Algiriya, who was a Zoology(Hons) student in the Department of Zoology and Environmental sciences. She was born in 1993 and is the elder daughter of a family of four members. Schooling at St Thomas Girls High School Matara, she entered the faculty of science university of Colombo for biological science stream. She recently graduated from RMIT University Melbourne Victoria, Australia. 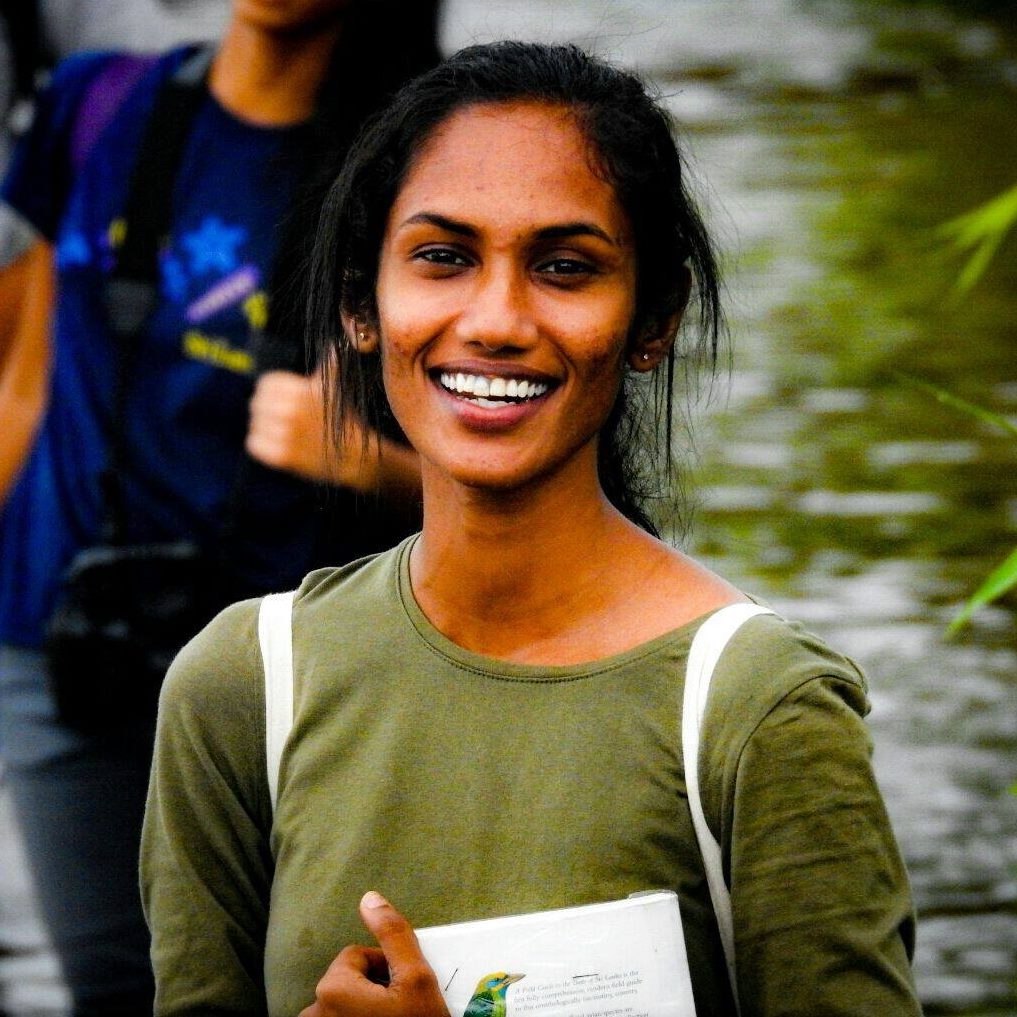 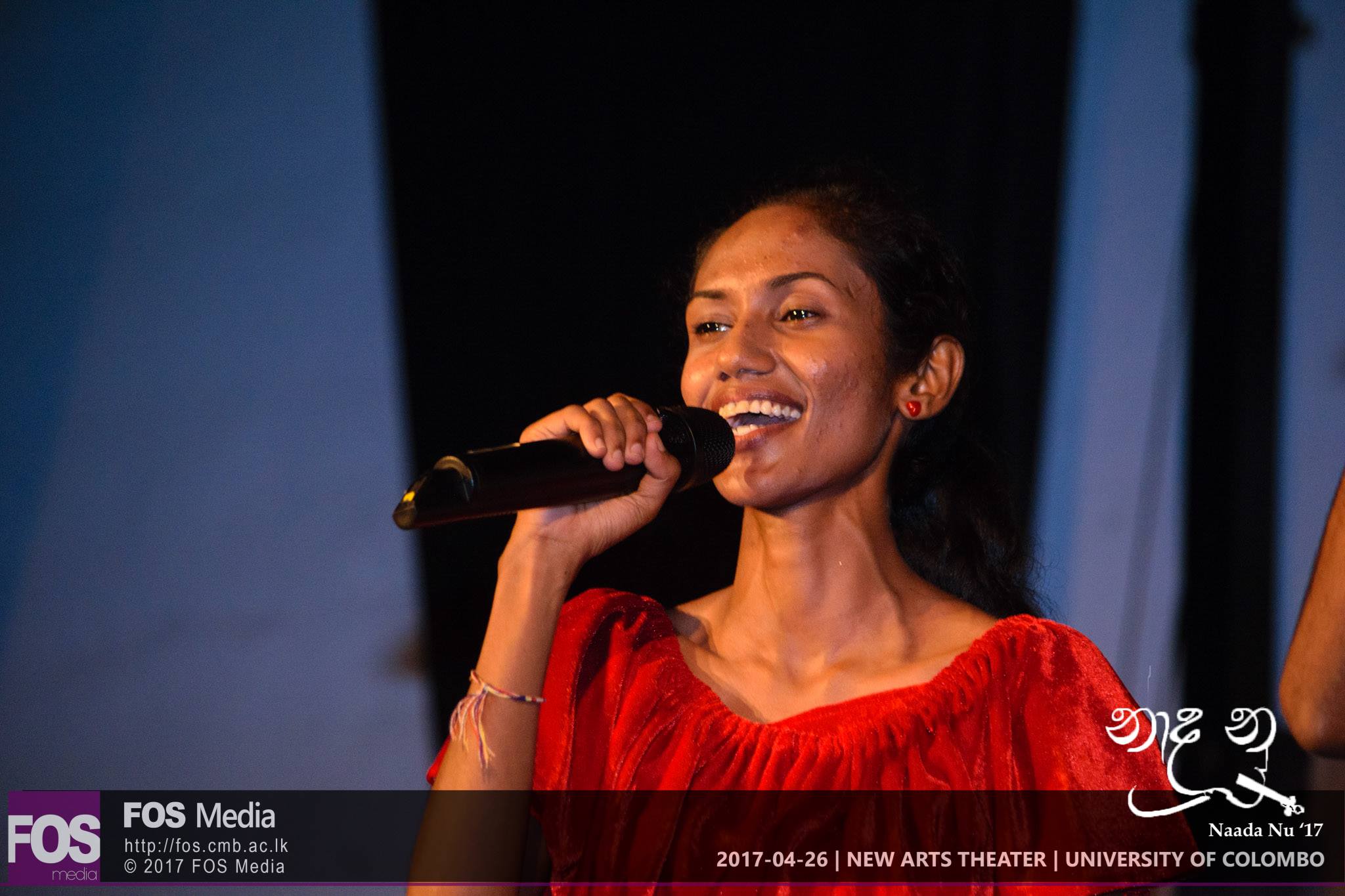 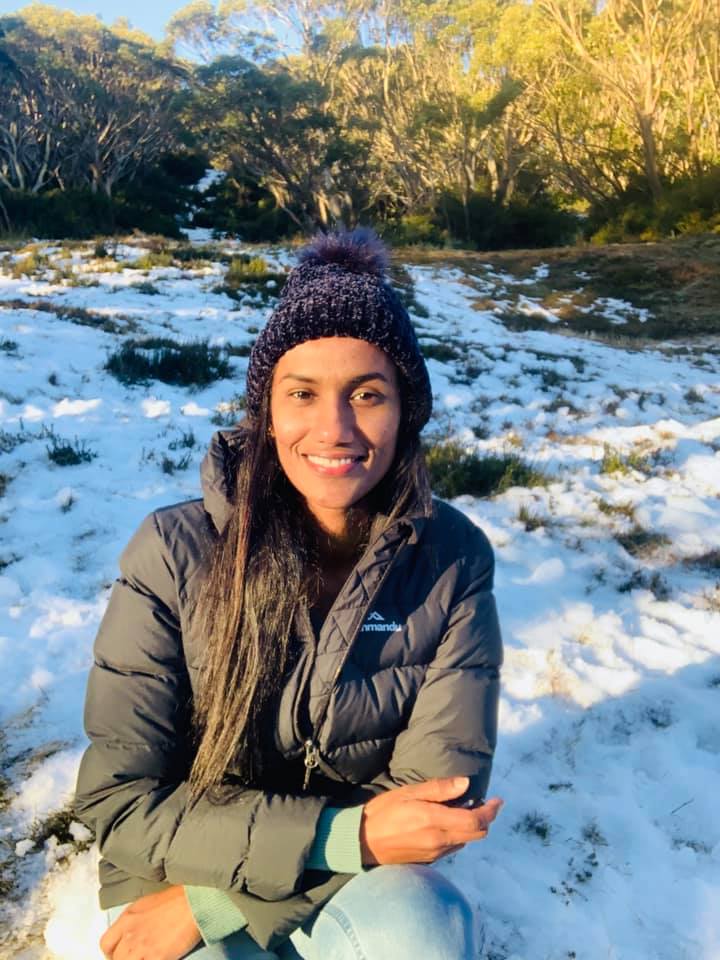 Her research was on Investigating Thermal Sensitivity of ​Duttaphrynus melanostictus ​(The Asian Common Toad) and ​Euphlyctis cyanophlyctis (​ The Skipper Frog)​ ​in Sri Lanka. What could be the reason for her to select this study for her research? “I am so passionate about amphibians and my curiosity led me to select this topic,” she said to FOS media and she had spent one year on her research. Ms. Algiriya has got three publications under her name. First an Abstract on ​‘​Comparison of Thermal sensitivities of two native anuran species in Sri Lanka’ and was presented in the 38th annual sessions of IOB. Secondly, another Abstract on the topic of ‘Variation in thermal performance across populations of two anuran species from different geographical regions in Sri Lanka’. And it was presented in the 23rd International Forestry And Environment Symposium – 2018. The third and the latest publication which she considers an important publication for her is on the topic of Inter-population variation in thermal sensitivity of the tropical toad ​Duttaphrynus melanostictus,​ across a small spatial scale in Sri Lanka and was published in The Journal of Thermal Biology in April 2020.

As one of the most important outputs of this research, she was able to investigate that certain anuran species will not be able to resist climate change and the future temperature rise. During her fieldwork, she had noted some diseased anurans as well.

Elaborating on the procedure of her fourth-year research project, as mentioned earlier the study was conducted to test the effect of thermal sensitivity upon the anuran performance of a native toad species, ​Duttaphrynus melanostictus​, and a frog species ​Euphlyctis cyanophlyctis, ​based on three formulated hypotheses. Then the results had accepted her first and the third hypotheses while not accepting the second hypothesis. Accordingly, results showed that there is a significant difference between the thermal sensitivity and performance of individuals of the same species but exhibiting in different climatic zones (districts) which supported her first hypothesis. This study has shown that individuals in cooler districts perform better than individuals in warmer districts, in low temperatures and ​vice versa​ in hot temperatures. There she had recognized a significant difference between the performance of translocated population and Matale onsite population (null hypothesis), although the study had predicted to have no difference (alternative hypothesis), due to the specialization, where the results showed that the translocated species, ​E. cyanophlyctis​ have not specialized to that particular location but have the capacity to be acclimatized. The third hypothesis stated that there should be a variation in thermal sensitivity between two species (frog and toad) concerning the habitat they occupy. Supporting this hypothesis, results showed that ​D. melanostictus​ has a wider niche breadth compared to ​E. cyanophlyctis.

​Results also have possibly important implications for species survival under climate change. The hypotheses were tested with the use of amphibians from three bioclimatic zones in the island namely Matara, Colombo, and Nuwara Eliya which are exposed to six selected temperatures between 12°C and 38°C. The selected temperatures were being maintained using a water bath and a cold room. Jump distance, jump force, contact time, and righting time were taken as the parameters of the performance of the animal. Using the collected data Thermal Performance Curves were constructed and the values were generated for the indicators namely niche breadth (NB), thermal optima (TO), and optimal performance (OP). With the results, the interspecific comparisons had shown, for parameters of jump distance, righting time, and contact time except for jump force, the thermal sensitivity between the two selected species carried a great difference.

According to these findings, the researcher suggests that it is more beneficial for aquatic species to perform over a narrow thermal range in an aquatic environment as the water undergoes lower thermal variation whereas for the terrestrial species it would be more advantageous to perform over a broad thermal range. This is more advantageous even at the expense of reduced performance because the terrestrial environments and habitats are opened to a wider range of ambient temperatures. When the comparison was carried out between the two amphibian species, D. melanostictus and E. cyanophlyctis it showed that the thermal optima of E. cyanophlyctis were below the average ambient temperature in each climatic zone selected. This showed that a small increase in ambient temperature may adversely affect this particular species. So this shows how important and useful these values are as it predicts the vulnerability of amphibian species to global warming and climate change.

In her latest publication, she highlights inter-population differences in thermal sensitivity of tropical toad Duttaphrynus melanostictus across a small spatial scale in Sri Lanka. Duttaphrynus melanostictus commonly known as Asian Common Toad is widely distributed throughout Sri Lanka. In this study, the selected areas were Nuwara Eliya and Polonnaruwa. The two areas have cool and warm climates, respectively. Putting forward the basic steps of her experiment in brief, first, she had captured the toads and prepared them for trials. The toads had been collected from scattered home gardens and open areas in Polonnaruwa and Nuwara Eliya. Particular times of the year and the time of the day also were considered when collecting specimens for the study.

Only male specimens had been selected to avoid possible differences in performance due to sex differences. The toads had been then exposed to the test temperatures and the relevant data had been collected to record the performances. This study has led the researcher to find that there is a huge difference in thermal sensitivity between the selected two populations of the Asian Common Toad in the two altitudes. In conclusion, the two populations had different thermal sensitivity ranges that were tested across a range of temperatures, taking the temperature regime of both locations into accountability. Considering the performances, the organism in the warmer location performed better at high temperatures whereas those in the cooler temperature performed well at low temperatures. Therefore these outcomes propose that there is a possibility of thermal sensitivity differentiation which occurs across small spatial scales. Simply those who live in the warmer location performed better at a higher temperature whereas those who live in the cooler location performed better at a lower temperature. These findings showed the possibility of thermal sensitivity differentiation to occur across small spatial scales, enabling populations to better adapt to their local temperature regime.

Ms. Algiriya did not forget to mention the greatest support she received from Senior Lecturer Dr. Hiran Jayaweera of the University of Colombo and Professor of Zoology Mayuri R. Wijesinghe of the University of Colombo in the process of her research work. This research has definitely led to the opening of doors for some fascinating findings of two amphibians in the country which is definitely a great strength for blooming researchers as well.

It is an undeniable truth that science is always in the hands of future research. As budding scientists from the Faculty of Science that is what we live up to. Research is what shapes the future of science. Who knows? Your first-ever research may take you to new heights you never imagined. We the FOS media have brought you the first inspiration you were looking for, to inspire you with your undergraduate research. We will continue to bring you many more amazing insights into research, stay tuned, and look forward to our next episode.

The content of this article has been reviewed and finally approved by the relevant researcher.