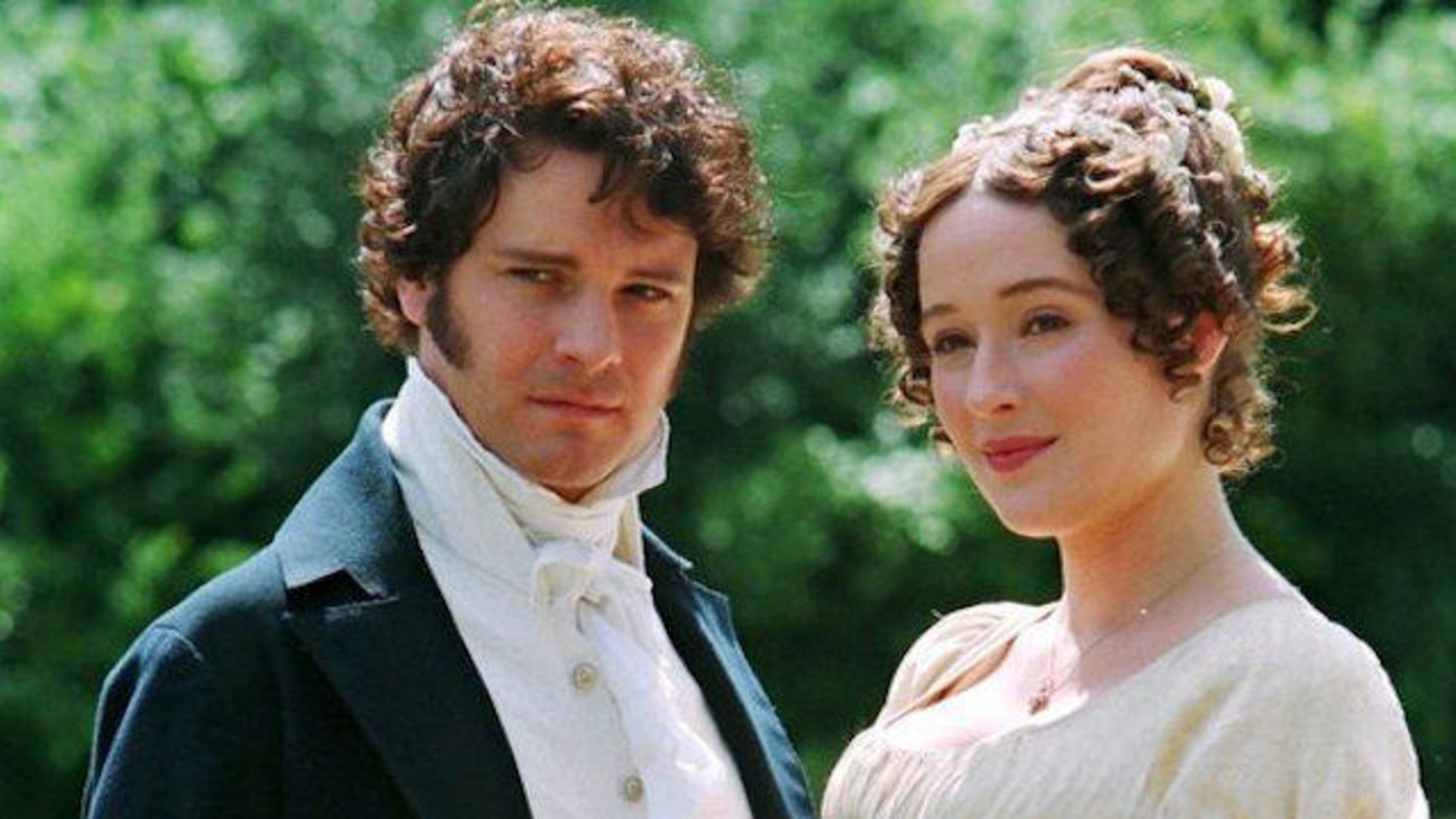 Jane Austen, the great author reflects a romantic story through the novel ‘Pride and Prejudice’. This book takes us to a family of five girls, namely, Jane, Elizabeth, Mary, Catherine and Lydia. The elder girls are in their early twenties while the youngest is around seventeen years of age. This family is the Bennet family living in “Longbourn”. Jane Austen emphasizes the characters in a very interesting manner. Mr Bennet was the dry, somewhat negligent father of the girls. Mrs Bennet, the muddle-headed and unrealistic mother of the children who always wanted to settle her daughters in high positions of more than their middle class. Jane Bennet is the eldest of the daughters. She is mild-mannered and restrained. Elizabeth Bennet, the second eldest, the proud and witty heroine of the story, is the one who makes pride and prejudice change to love and affection towards Mr Darcy, who is rich and arrogant, enamoured with Elizabeth and eventually has her fall in love with him. Mary Bennet is the third daughter with a talent of mediocre piano playing, who is frivolous and pompous. Lydia is the youngest daughter spoiled by their mother, with a wild nature and is an airhead. Catherine Bennet is the man-crazy daughter. She is similar to Lydia but sullen and moody. When Jane Austen writes about the characters she has used many humorous descriptions and even the dialogues between the characters are entertaining.

The book starts from the following sentence, “It is a truth universally acknowledged that a single man in possession of a good fortune must be in want of a wife.” The author shows that it was a particular fashion of her time where rich, single men were indeed in need of beautiful and elegant wives. She reflects this point through the amusement that arises in the Bennet girls when the news of Mr Bingley coming to settle at “Netherfield Park” is heard by the girls. Netherfield Park is a mansion rented by Bingley in order to settle in the countryside. Mr Bingley was Darcy’s closest friend and a friendly man who was very fond of dancing. All the girls were excited hoping that Bingley would tend to marry one of them except for Elizabeth who was mischievous and very wise didn’t keep such expectations. 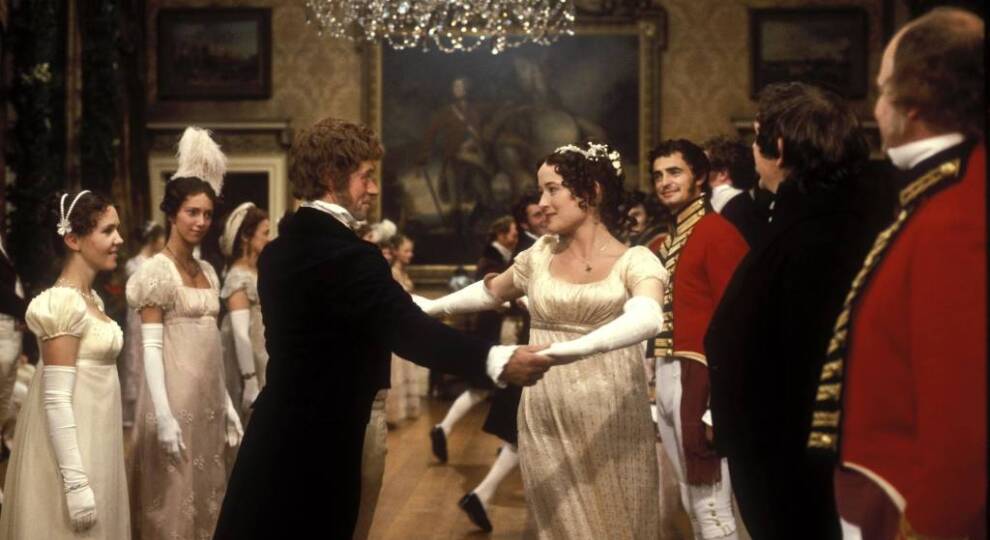 At a ball, the girls were introduced to Mr Bingley. He took great interest in Jane and asked her out for the first two dances. While Elizabeth was refused by Mr Darcy who too arrived along with Bingley’s party. When Bingley asked Darcy to dance with Elizabeth saying that she is very pretty, Darcy’s comment was overheard by Elizabeth that she was tolerable but not handsome enough to tempt him. Which caused the beginning of prejudice on Darcy. This novel always emphasizes on social events such as balls because Jane Austen herself was a socialized woman of her time, who wrote the tale from the bottom of her heart.

In the novel, Austen shows that since Mr Bennet didn’t have sons his house was inherited by a clergyman, who is Mr Colins. He was Mr Bennet’s cousin. He will inherit Longbourn after Mr Bennet’s death. The author brings out the character clergyman may because her father was a clergyman as she writes from her very own experience. Mr Colins admires Elizabeth and proposes to her expecting she would accept him but she refuses him wholeheartedly because she has no feelings towards him.

Meanwhile, Elizabeth gets close to Mr Wickham. She notices a cold, pale greeting to Wickham from Darcy. She is willing to know the reason as she was once hearted by Mr Darcy. Wickham was a handsome, unprincipled officer who had a grudge against Darcy. Wickham states to Elizabeth that Darcy and himself were friends since small days and grew up together and that Darcy disobeyed his late father’s will and didn’t help Wickham to get to the position of a clergyman. Elizabeth was feeling sympathetic towards Wickham for his misfortunes. Elizabeth’s hatred towards Darcy grew strong and this is where Jane Austen brings up Elizabeth’s prejudice and Darcy’s pride.

Bingley’s party leaves Netherfield park for London. Jane receives a letter from Caroline Bingley. Sister of Mr Bingley, she hints to Jane that Bingley intends to court Georgiana Darcy, who is Mr Darcy’s little sister, showing that it is a match that has been determined for years between the families. These types of matches are very well known in Jane Austen’s era of life. She lived in an era where romanticism was at its peak. Jane, hurt by the letter, let go of her feelings towards Bingley.

When Elizabeth goes on a trip to meet her dear friend charlotte who married Mr Colins later, she gets the privilege of visiting “Rosings”, a mansion belonging to Mr Darcy’s aunt. Austen stressed about mansions many times in her novels. It was a very timely concept of building mansions in her time. She always wrote from her knowledge and experience. This is where Darcy reveals his love to Elizabeth but she is very hot-tempered and cold towards him for she learned from Darcy’s cousin that Darcy ruined her dearest sister’s marriage and also for Wickham’s misfortunes. Darcy leaves her saying that all his feelings towards her are flattened but he arrives the next day with a letter mentioning that she had misunderstood him. After reading it Elizabeth’s heart sinks. She feels very sympathetic towards Darcy and sorry for her bad attitude toward him. This is where pride and prejudice start to turn to love. The author proves the title of the novel throughout the story giving it more sense. 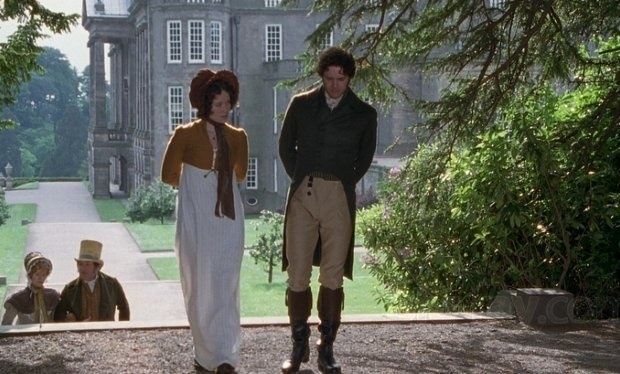 When Elizabeth goes on a trip to Derbyshire with her uncle and aunt, she gets a chance to visit “Pemberely”, Darcy’s estate which she hesitated to go but after knowing that Mr Darcy was not at home she agrees. Unfortunately, Darcy had come to Pemberely as he had to get ready to welcome his sister Georgiana. Darcy seems to be very polite towards Elizabeth’s aunt and uncle, therefore she is astonished at such difference in Darcy’s behaviour. Darcy makes it a chance to shake Elizabeth’s heart and draw her love towards him. This is how the Austen brings out romanticism to a greater level.

Meanwhile, Wickham and Lydia runs away without a formal marriage. Darcy then himself but secretly involves in the situation and settles it for his love for Elizabeth is tremendous. Once Elizabeth gets to know what Darcy has done she is very grateful to him. In the end, as all girls wish, the author successfully ends the story by Mr Bingley proposing to Jane and Mr Darcy winning Elizabeth’s heart. It all ends with a lovely wedding. This is how Jane Austen, the great author, emphasizes how love and affection can conquer pride and prejudice.