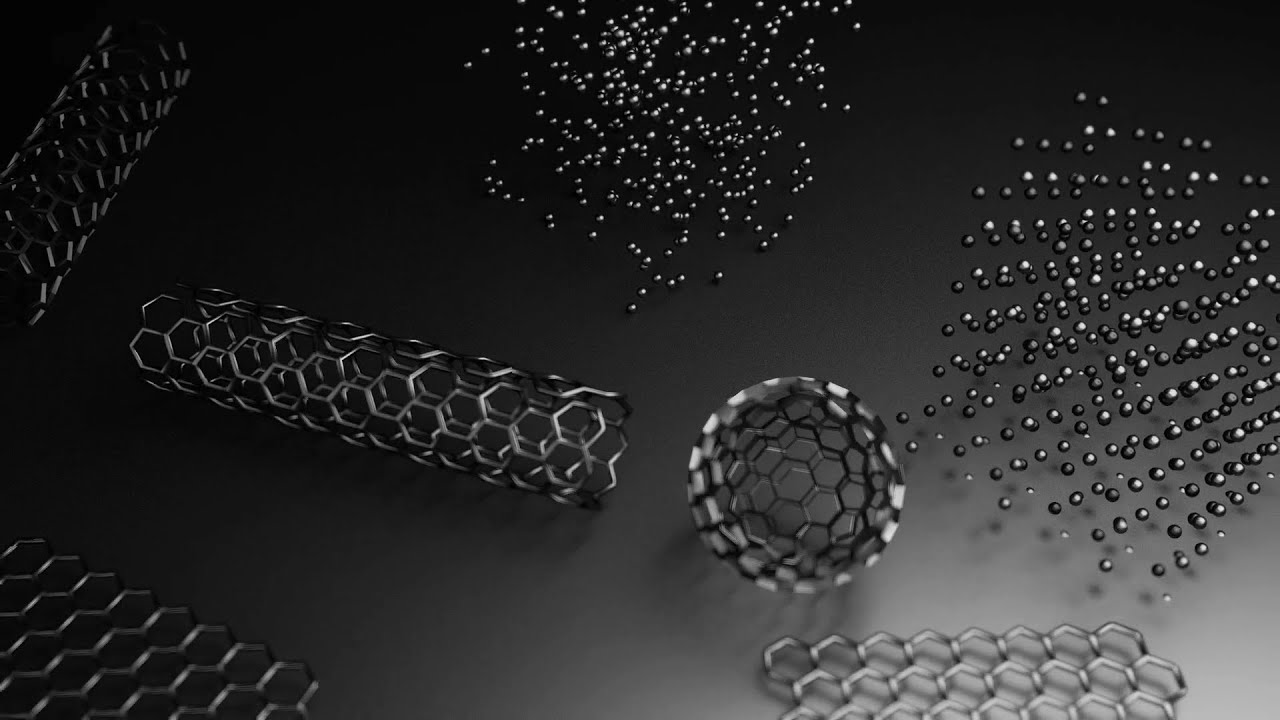 Carbon is one of the essential elements of the earth. Solid carbon exists as graphite and diamond. However, four basic forms of carbon nanomaterials (CNMs) have been invented; fullerene, single-walled carbon nanotube (SWCNT), multiwall carbon nanotube (MWCNT), and graphene.  In 1985, spherical fullerene C60 was discovered. Fullerenes have 60 carbons at the vertices of regular truncated icosahedrons, like the structure of a soccer ball. It is known as the third form of carbon. The use of camphor to produce fullerene causes a new direction to synthesize various types of carbon nanomaterials using plant-based precursors such as carbon nanobeads, Y-junction multibranched carbon nanofibers, diamond-like carbon thin films and fibers, and various other CNMs.

Graphene is a basic material found in nature, which is the thinnest material in nature because it is just one atom thick. Graphene is composed of single-layer carbon atoms which are packed into a two-dimensional planar structure with a honeycomb lattice. Carbon atoms in graphene are sp2 hybridized and connected with three neighboring carbon atoms via σ bonds, while π bonds are formed with an additional unhybridized Pz-orbital perpendicular to the planar structure. Graphene is the basic structural element of all carbon allotropes including graphite, charcoal, CNTs, and fullerenes, and may be considered as an indefinitely large aromatic molecule. When graphite is taken apart, its sheets become graphene.

In 1991, cylindrical carbon nanotubes (CNTs) were discovered. Carbon nanotubes are one of the most extensively studied carbon nanomaterials. The carbon nanotube consists of only a single layer of graphene which is rolled into a seamless cylinder that is referred to as a single-wall nanotube (SWNT). Also, carbon nanotubes (CNTs) can be viewed as elongated fullerenes whose tubes consist of cylindrical graphite sheet(s) with their ends capped by fullerene hemispheres. However, multiple sheets of graphene are arranged in concentric cylinders, which is referred to as a multi-wall nanotube (MWNT).  SWNTs have a diameter close to 1 nm and can be as long as a few millimeters. The bandgap of SWNTs can vary from zero to about 2 eV. Further, they exhibit unique electric properties, because their electrical conductivity can show metallic or semiconducting behavior, that depends on the values of the indices or the diameter and chiral angle. Carbon nanotubes also have novel physical properties. Nanotubes have high strength and high Young’s modulus, as well as lightweight and high chemical stability. However, there are three distinct types of nanotubes based on the chirality of nanotubes, namely, chiral, armchair, and zigzag. These three structures exhibit different electronic properties as a consequence of the different π-π* band gaps. The armchair tubes are always metallic, whereas zigzag and chiral tubes can be either metallic or semiconductors.

In covalent functionalization, halogenation, acid oxidation, cycloaddition, radical addition, amidation, and esterification reactions, etc are used to modify the CNTs. Covalent modification of the surface is a stronger type of interaction, and final products are generally more stable. Surfactants, polymers, biomolecules, and small aromatic molecules are used in noncovalent functionalization.

The fascinating mechanical and electrical properties of CNTs can be exploited in many applications. Functionalized CNTs are used in carbon-based chemical sensors to enhance sensitivity and selectivity. In nanoelectronics, CNMs are used as electrodes and transistors, and in supercapacitors, as electromechanical actuators and chemical sensors. Carbon nanomaterials are good field emitters for flat screens and conducting filters in composite materials. CNTs are used in biomedical applications such as drug delivery and cancer therapy. Furthermore, SWNTs have been used to transport DNA inside the living cells. Currently, CNTs are used as reinforcement material in transportation technologies such as lightweight and strong vehicles, aircraft bodies, etc.