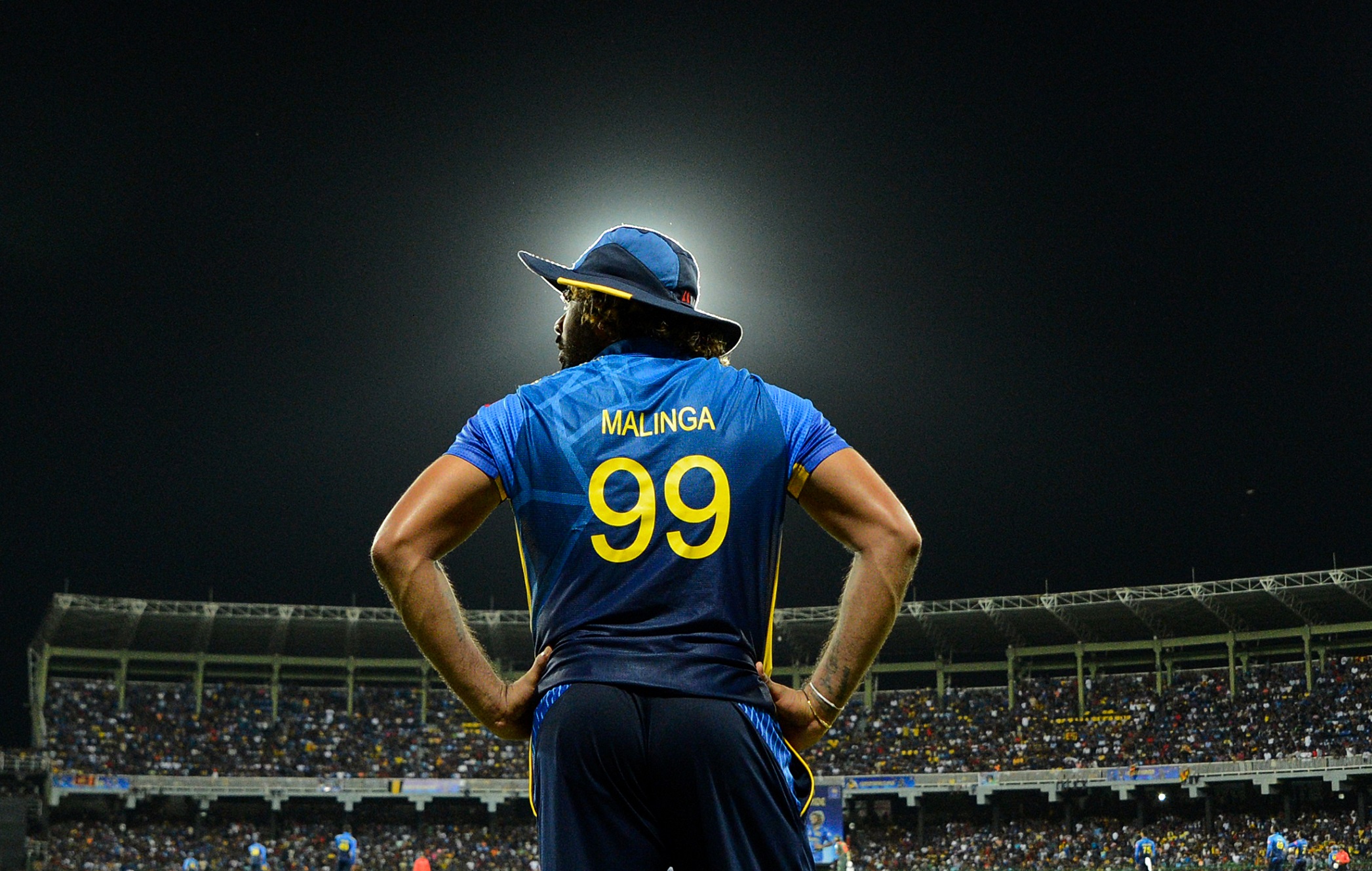 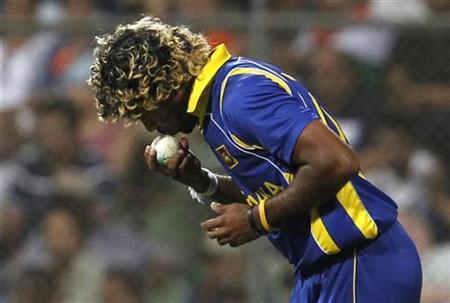 The earliest memory I have of him is during the 2006-2007 era, where I first started watching cricket. Back then he was more known for his dazzling hairstyle and unorthodox bowling action, rather than his toe-crushing yorkers. It was against South Africa in the 2007 World Cup that he famously decided that the cricketing world should talk about his yorkers as well. He did this in the most extravagant style, taking 4 wickets in 4 balls, and almost pulling off what could have been the greatest heist in the history of ODIs.

On the other hand, if his searing yorkers don’t get you out, there’s a high chance that a non-searing yorker will.

Yes, his slow ball yorkers were as lethal as their faster counterparts, as Michael Clark would find out in the 2009 T20 Worldcup, during which his entire repertoire was on display. The ball would first appear as if it is coming straight at your torso, making you panicked, then at your shin, making you hurriedly bring your bat down, but only to agonizingly slip under it and rattle the stumps. This deadly dip of his slower balls was something that never faded away during his illustrious career of 17 years.

The ridiculous thing was that, right throughout those 17 years, pretty much every batsman who got yorked by him, knew they were going to be yorked. There was hardly an element of surprise in a Malinga yorker. Everyone in the stadium knew he was going to bowl a yorker, including the batters. But still, all the batsmen could do is, watch the ball swing sharply into them at the very last moment, evade the bat, and hit the base of the stumps or their boot. It was as if he could go up to the batsman and say “Hey, I’m going to get you out with a yorker!” and then go back to his mark, deliver a yorker and still get him out. Such was the sheer class of one of the GOATs, if not The GOAT, of white-ball cricket.

This was further on display during the 2014 T20 World Cup Final, arguably the pinnacle of his career. A few balls into the final phase of the Indian innings, it was evident that Malinga (and Nuwan Kulasekara) was going to bowl yorkers well wide of the batsmen, making them hard to be reached. A well set Virat Kohli, an out of shape Yuvraj Singh, and a newly arrived MS Dhoni were the ones who had to take the challenge of hitting these out of the ground. And Malinga with his pinpoint accuracy, made them look like they were hoeing, instead of batting. They tried helicopter shots, sweeps, and even charged down the track, but to no avail. As much as they knew what was coming at them, they couldn’t do anything about it. It was as if they were perplexed by the charm of a magician, well, a curly-haired magician. 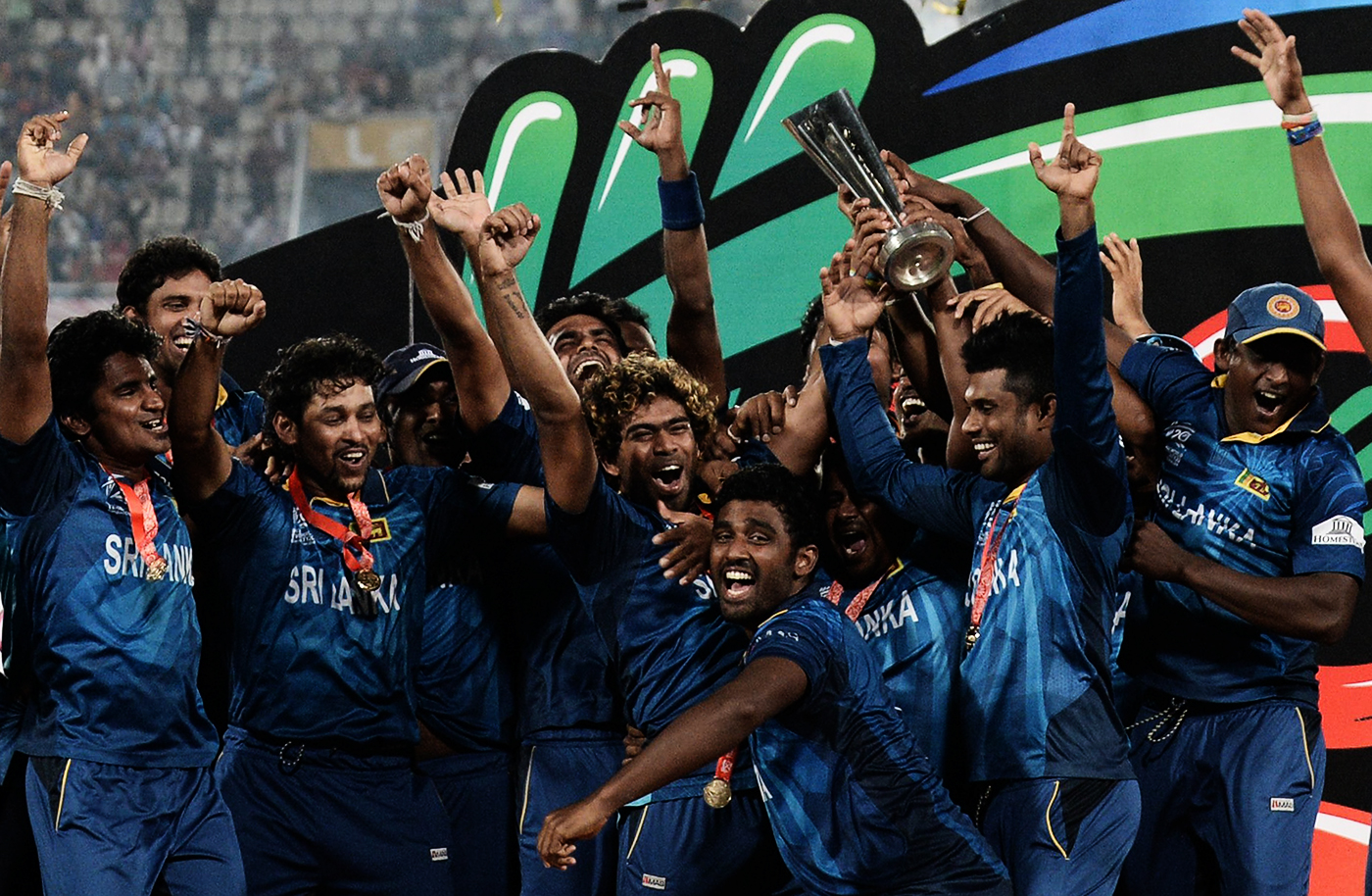 Moving on, it’s not always that you eidetically remember a delivery that didn’t yield in a wicket, but Malinga made me remember one.

It happened during the 4th ODI of Sri Lanka’s triumphant tour to England in 2014, where the English outfit was 292-7 after 49.3 overs, chasing a target of 301. Jos Buttler, who was just beginning to rise as an explosive finisher, was sitting on an incredible 121* from 73 balls, faced off against Malinga, who was slowly approaching the twilight of his career. Requiring 9 runs to win off 3 balls, Buttler received a yorker of the highest calibre, only to dig it out back to the bowler, and running himself out.

“Lasith Malinga…You are quite brilliant…That’s an incredible delivery at a time like that… It’s about the best you get from Malinga…. It’s the yorker and there’s nothing that Jos Butler… even superhuman Jos Butler, can do.”

Those were the words of the on-air commentators, who were understandably left in awe, as Malinga’s brilliance led Sri Lanka to victory.

Malinga would once again return to remind Butler who he is, but this time, after 5 years. Those 145+ kmph deliveries were no more, the yorkers had lost a fair bit of venom, and you could almost hear his knees creaking on his delivery stride. But the skill, the execution, and the intimidation had never, ever, aged. Chasing a paltry target of 233, England were 144-4, when Malinga trapped Butler right in front, getting him out LBW. It was no surprise a yorker but was 10-15 kmph slower than what he used to deliver when he was at his peak. But with his sheer class, aided by a tricky set of the field, it was as effective as ever. Eventually, his spell of 4-43 was too hot to handle for the hosts, as they were bundled out to a mere 212. Malinga had once again delivered for his nation, even against all the odds.

And, on their tour to Sri Lanka the same year, New Zealand found out that, Malinga was not only threatening, but on his day, he could still channel his older self and replicate a miraculous double hattrick. Chasing 126, they were 15-0 at the end of the 2nd over. 6 balls and a Malinga induced madness later, they were 4 down for the same score. A feat that was believed to be irreplicable, had been achieved, by perhaps the only man who could ever replicate it. If 2007’s double hattrick included mainly tail-enders and reverse swing, this one had in form, high-quality top-order batters and conventional swing. After 12 years, way past his heydays, he was able to not only match the unmatchable but arguably to go one better. Just crazy. Though Malinga was known for his yorkers, which effectively took the nature of the pitch and the conditions out of the equation, he was never a one-dimensional bowler. Apart from his searing yorkers and vicious bouncers, he had a stock ball that swung away sharply from a right-hander, accounting for a fair number of wickets he had taken with the new ball. Couple those with his well-disguised slow balls, he had what one could call a complete arsenal. On his day, he’d take these weapons out of his armoury, one by one, and floor almost every batsman in the opposition team. It’s amazing how, even at the twilight of his career, he could still york top-notch batters like Steven Smith, Quinton de Cock, and Tamim Iqbal, to name a few.

As Malinga finally calls it a day and hangs his boots, he has 101, 338, and 107 wickets to his name in Tests, ODIs, and T20Is respectively. Being an integral part of not only Sri Lanka’s magnificent run in global tournaments from 2007-2014, where they reached either finals or semi-finals in each of the ICC events, but also Mumbai Indians’ terrific success at the IPL, helping them to clinch the title five times, he was a genuine match-winner with the ball (and occasionally with the bat too, as the mighty Aussies found out at MCG in 2010), and one of the majestic icons of Sri Lankan cricket.

From his distinctive round-arm action, and his ridiculous record of five international hattricks (two double hattricks on either side of his career), to being perhaps the only fast bowler to give the batsman a smile after getting hit for a boundary, everything about Lasith Malinga was simply unique.

He was one of those unmatchable mavericks, as Nassar Hussain once said,

“There has never been a bowler like him, and I don’t think there will ever be.”

Happy retirement legend. Thanks for all those memories. The kiss, the trot, and the blow to the toe will forever be engraved in our hearts.