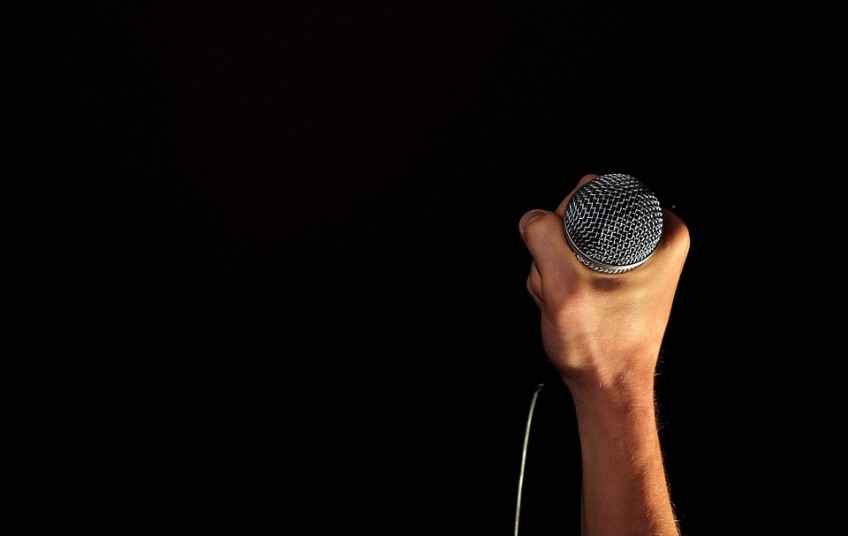 The fate worse than death

The fear of public speaking was found to be the most pressing concern than death. When you are dead, you feel nothing, but on a stage, you feel stage fright. What is stage fright? Being the center of attention can be stressful. Human beings are so concerned about their reputation and public speaking is one such point that threatens it. Even before performing, we tend to think, “What if I go wrong, what if someone thinks that I am boring, what happens if people think I suck?” These reactions are extremely difficult to control.

Charles Darwin described this uncontrollable reaction to threats in a snake exhibit at a zoo in London. Putting his face close to the glass box from outside, he waited for the snake to strike. To every stroke that the snake gave, Darwin jumped backward. He then wrote his finding as,

My will and reason were powerless against the imagination of a danger which had never been experienced.

He concluded that his reaction was an ancient reaction unaffected by the variations of modern civilization. This response is the “Fight or Flight” syndrome, which is a natural process. It protects our body from danger. For our modern minds, it can be a speech, a performance but to the rest of the brain, it’s the terrifying moment that you are surrounded by wild animals and you should run for your life, or fight to the death.

It happens in our brain

The hypothalamus is a part of the forebrain. It is situated below and anterior to the thalamus. The pituitary is connected to it from below by a stalk or infundibulum. Hypothalamus is common to all vertebrates. The sympathetic nervous system mediates the immediate response or preparing for ‘fight or flight’. Fig.3 shows its main effects.

With these reactions, many of us will experience the neck muscles contracting to force the heads down and curving the spine, forcing the body into the fetal position. This result puts our body to a lower position and when we resist this position lifting the head up, limbs will shake as the muscles prepare for an attack.

Sweating increases, blood pressure increases, and the digestive system shut down to maximize the efficient delivery of more nutrients and oxygen to muscles and vital organs. This leads to the feeling of a dry mouth. The pupils dilate making short-range vision difficult but improving long-range visibility, making the performer more aware of the facial expressions of the audience. This even amplifies stage fright.

John Lenon had performed over 1000 times live on stage. Each time he vomited beforehand. Some people are genetically wired to feel more frightened when performing or speaking in public.

Beta-blockers (beta-adrenergic blocking agents) are medications that reduce blood pressure. It blocks the work of the hormone epinephrine and also adrenaline. This causes the heart to beat more slowly with less force, lowing blood pressure, and also helps to open up veins and arteries improving the blood flow. Beta-blockers can subdue the effects of the ‘fight or flight’ response. But medication is the last resort which may never come if you are strong enough to overcome stage fright. It all depends on your perspective.

Practicing any task increases familiarity and reduces anxiety. All the great keynote speakers rehearsal epic speeches for 100 hours, starting weeks in advance. Setting up the environment in the same way as that of the actual performance will also remove unknown variables. This will let the speaker feed off the crowd’s energy instead of letting the hypothalamus feeding the speaker to predators. Hypothalamus has a greater practice than any speaker. So whenever the speaker goes on stage, the little bit of stage fright comes which tricks the brain.

EEG studies reveal how brain activity changes when you are well prepared and not prepared. Sequential Learning is more like not much of a practice. The color activation(blue) shows that the speech is not solid enough or not mastered well enough (Fig.5, left image). Higher-level skill acquisition(Fluency) occurs after a great extent of practice which allows a larger region of the brain to absorb information implying the speaker is truly ready to perform(Fig.5, right image). Simply hooking a person to a computer while performing a speech can deliver these results.

We have seen speakers come on stage, stretch their hands, and take a deep breath. This triggers a relaxation response from the hypothalamus. Stage fright has its threshold right before the presentation starts.

The safer and friendlier platforms to remove the fear of anxiety will be public speaking platforms like Gavel Clubs and Toastmaster Clubs. They focus on the enhancement of leadership and communication skills. The friendlier environment on acceptance and appreciation along with constructive criticism is the best way to reward an individual with stage fright.

Social distancing leads individuals to online platforms where the situation becomes more appealing. But yet Stage Fright is still there. Visualization of an audience might be worse than seeing the audience itself. Shifting the focus off yourself and your fears to imagining the audience laughing and cheering will make you feel better.

How much civilized we may seem, we are still wild animals. It doesn’t depend on how hard you try to overcome stage fright. It always depends on how great you adapt to it. Because people are just people and they shouldn’t make you nervous.