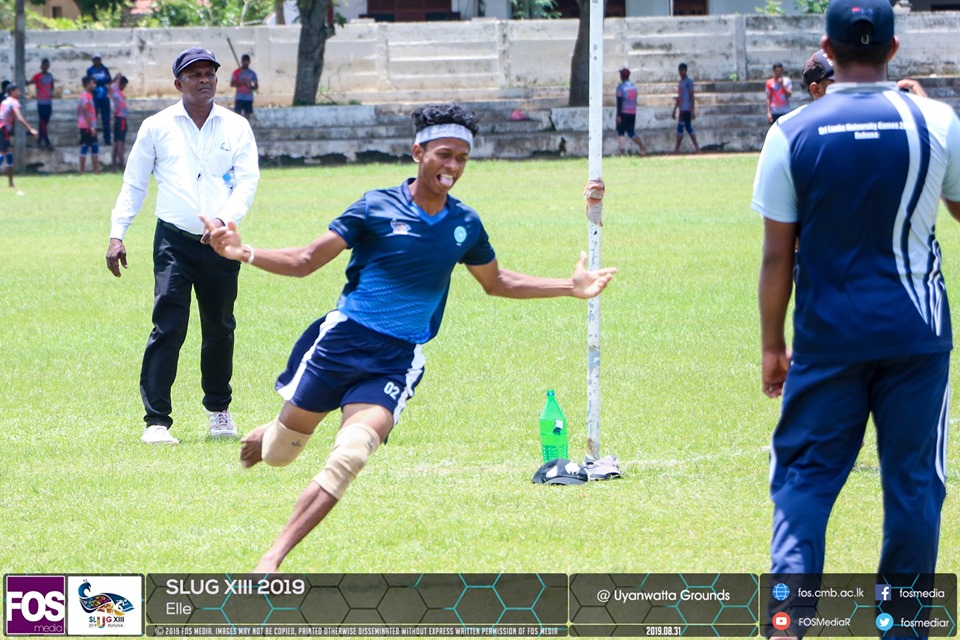 The atmosphere was electrifying in the Uyanwatta ground in Matara as the crowd gathered to witness the Elle matches of the 13th SLUG 2019. Elle matches were held on 30th and 31st August and 1st of September at the Uyanwatta ground, Matara. This year 14 teams from state universities participated in the event and matches were played under the two categories men and women. Nervousness was filled in every player because all of their hard work and dedication came down to this moment. Every match in the tournament was a thriller because every team tried their best to bring the trophy to their university. People from all the universities were present at the ground to watch their teams perform. All the media teams including our own FOS Media worked tirelessly to bring this incredible event to the viewers watching from home.