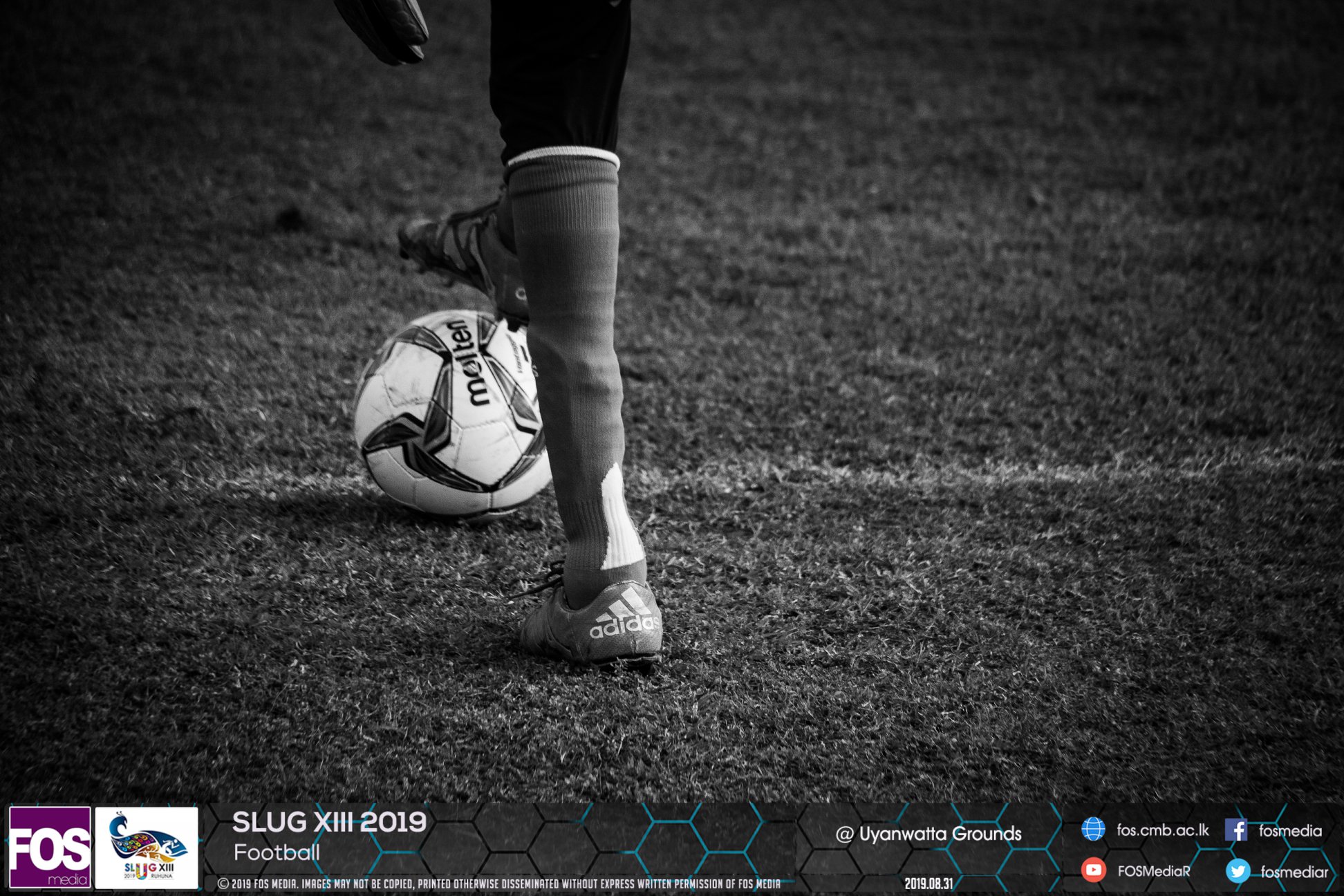 “Winning is grabbed by effort, by commitment, by ambition, by quality and by expressing yourself individually but also in the team context.
SLUG 2019, the most prestigious tournament of Sri Lankan university sports’ tradition, created it’s 13th journey. This time, starting from 26th August. Football, one of the best markers of the university games’ history marked its unstoppable exploration, in order to find true owners of the winning momentum. Thus football, tournament started on 30th August and ended on 1st of September. Many victory seeking players filled the Uyanwatta and Kotawila grounds, Matara.

12 teams from various universities, were expecting the mighty championship. First the preliminary stage matches were held. 8 teams were selected for quarter finals. After the huge and energetic battles, teams of the University of Jaffna, University of Peradeniya, University of Moratuwa and University of Sabaragamuwa stepped forward for the semi finals.

Thus, final was to be held between the teams of University of Moratuwa and the University of Jaffna. Anyhow the final was not completed due to inclement weather and some other disputes. Therefore the mighty football championship of the SLUG 2019, was equally owned by both University of Jaffna and University of Moratuwa, as a joint championship. So, no matter what happened, they truly proved that “Playing the football with your feet is one thing, but playing football with your heart is another”. We FOS media, congratulate all the winners and thank all the participants of this honest game, for setting their goals high and never quitting till the end.