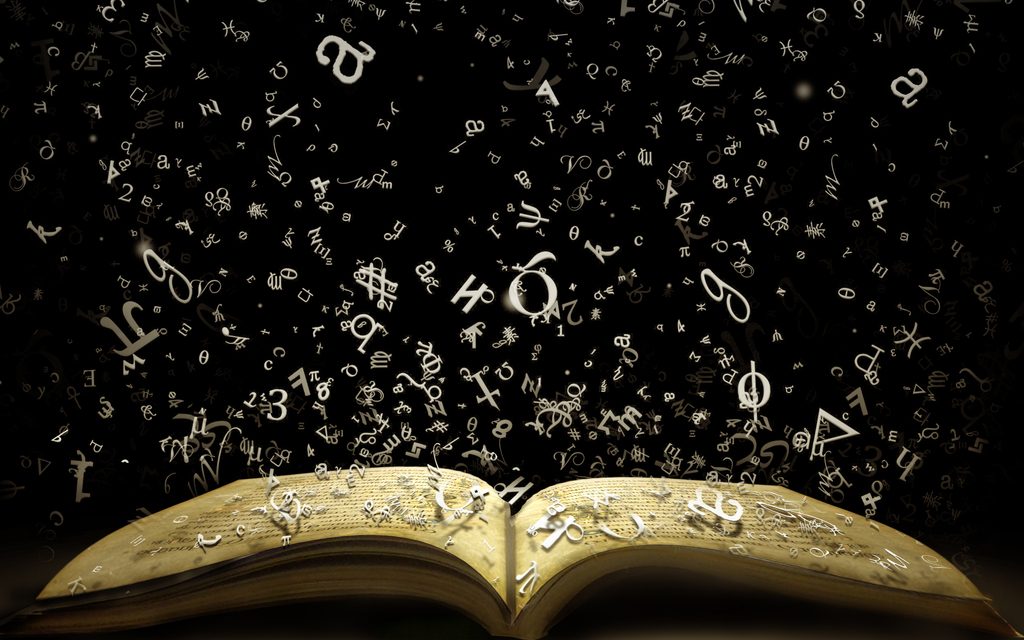 When I  was 5 years  old, my grandfather passed  away, leaving  nothing  but  his blurry memories. As I grew older, these memories  faded away into the past, until his familiar smell, soft voice and gentle presence made sense no more. With time, I had forgotten  the man I once called ‘my hero’ and  appeared a mere stranger to me.

Until recently, I met him again. Or at least, I found his diary!

My grandfather’s  mere  thoughts painted over  the old pages of a coverless book, escaped from the black and white  surface, and seeped  into my vulnerable heart. My  grandfather was  a  writer and the  moment  I read his writing, I saw  his heart split in  half, and  it was beautiful. In many  ways  we  were  alike,  him a nd I, and through reading his raw emotions  off the  paper, an invisible connection had been made. I could remember his voice again!

That day was the day I realized the power of words.

Through words, we build  connections. Letters  on paper  are tangible proof of our emotions and feelings. The teachings of great philosophers such as Lord Buddha or  geniuses  like  Einstein would not  have  been passed  down or shined through time  and space if  it were not  for the tangible proof of their work of mind. Literacy is  not  only  a  mere  necessity  required  to  find  out  the  contents  in  your  food packaging in the supermarket or to read off road safety signs, but  also  a medium of  connectivity  between  mankind  of the  past, present, and  future. So,  imagine how in  vain  are  the 773  million  unwritten life stories of the illiterate, which could never be read and merely lived to be forgotten. 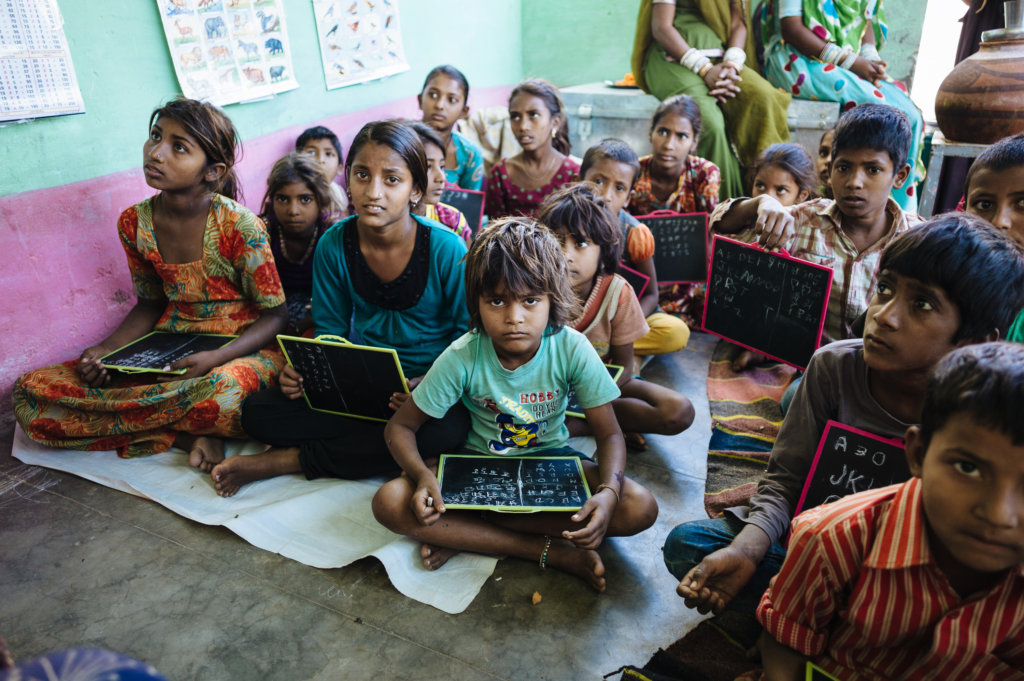 World  Literacy  Day  is  celebrated  annually  all around  the  globe  on  the  8th of September since  the  year 1967, as  declared  by the UNESCO  ( United Nations Educational, Scientific and Cultural Organization) as  a  reminder to the world, the significance of literacy as a matter of dignity and human  rights with  an  aspiration to give rise to a more literate and sustainable society. Traditionally ‘literacy’ stands for  one’s  ability to  read and  write, however, UNESCO  defines  ‘literacy’  as  the ability to identify, understand, interpret, communicate, and compute,  using printed as well as written materials, associated with varying contents.

According to UNESCO every year the World Literacy Day is  celebrated based on a  theme  and  this  year’s  theme  appears  to  be “Literacy  for a  human-centred recovery:  Narrowing  the  digital divide”. Illiteracy  had  always  been  an  invisible problem, yet the COVID-19  crisis  has  opened  eyes  to  see  beyond  invisibility, highlighting the critical importance of  literacy. About  90% of  the  world’s student population is severely affected due to the closure of schools due to  the pandemic and amidst the current situation, steps have been taken through distance learning procedures,  while  striving  to  overcome  illiteracy. Due  to  online  and   distance learning,  the  pre-existing   inequalities   in  the   field  of  education  have   been magnified and began to stand out prominently than before.

Why is literacy important?

Knowledge is power and the empowerment from it enriches us with self-worth and dignity. A literate brain is a  healthy  brain, as  reading,  writing, and  working  with numbers  is  a  form  of  mental  exercise  for  the  brain,  thus   resulting  in  much healthier brain cells, thereby reducing the risks of developing brain diseases such as Alzheimer’s or dementia later in life. Literacy is important in the economy  as  it creates more job opportunities. A literate person is less  likely  to  be  unlaboured, thus a key to breaking the cycle of poverty. Lack of literacy skills often limits social connections and proper communication. Being literate  means  that  you  can fully understand   and   follow  given  instructions,  tap  the  vast   pool   of   information available online, write emails or letters, and recognize all kinds of symbols.

Reading and writing are a crucial portion of a  child’s  development as  well  as an essential skill of  an  adult. It  also  enhances and  extends oral  language abilities across the lifespan. In  developed  countries, up to 90% of preschool-age children with  delayed  language  development  become  later  diagnosed  with  a  reading disability  and  up to  30%  of  kids  with  speech  disorders  also  have  a  reading disability. Being illiterate can make this problem even worse.

Illiteracy is an invisible fire burning the future of  the  youth,  all  around the  world. Even with the growing progress of literacy among the public, the world still carries around 773 million young people and adults who are lacking  basic  literacy  skills, and two-third of  them  happen  to  be  women. Illiteracy  is  also  a  matter  where gender i nequality  plays  a  part, as  in  some  countries  and  societies,  men  are considered superior to women where  it  is strongly  believed that men deserve all the education and  jobs while  women  belong  in  the  kitchen. Regardless  of  the tremendous endeavours made over the past 20  years,  girls are  still  more  likely than boys to never step foot in a classroom. 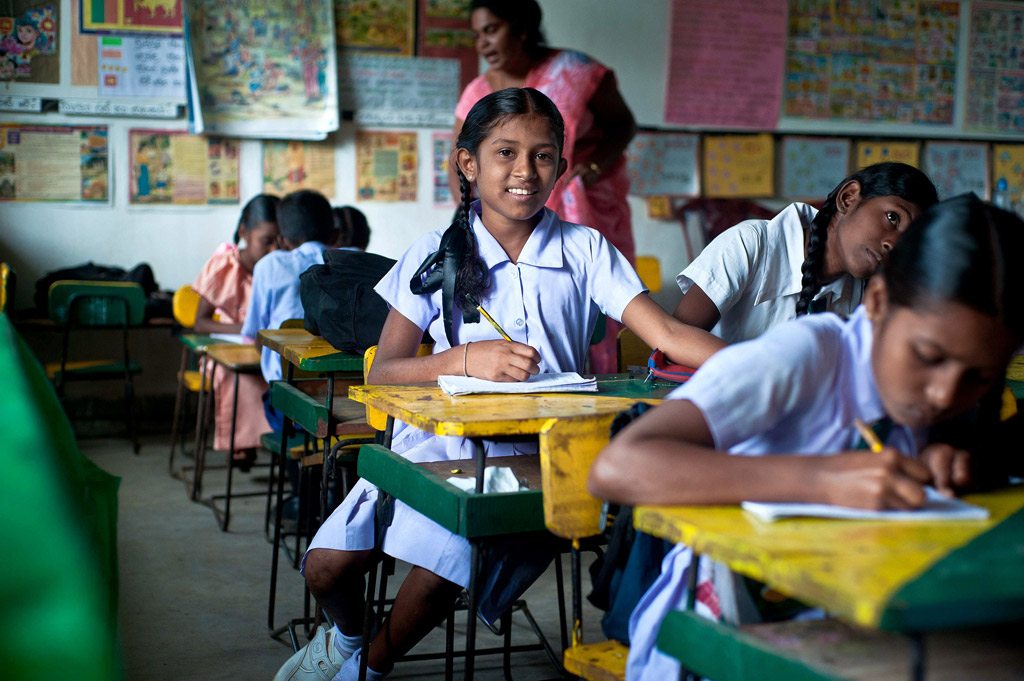 Another phenomenon that has a cyclic relationship with illiteracy is  ‘poverty’. Due to a lack of literacy skills, one may not be qualified for jobs with  reasonable  pays, thus pacing down the  road  of poverty, where their children might not  be  able  to encounter proper educational facilities or resources, thus leading to their illiteracy, thereby creating an illiteracy-poverty cycle.  Caste discrimination, social  disparity, child labour, and technological barriers are a few other major  causes  of illiteracy.

How can we help?

Helping doesn’t have to be  on  a  large  scale, it  could  be  gifted  in  infinitesimal means. We could volunteer to tutor children in the community, children  from  poor family backgrounds, or rural areas who are unable to  attend school.  During  your leisure time, take up part-time teaching  jobs in  Sunday  schools  and  institutions with disabled children,  affected by  autism  and Down  syndrome  while  making a difference, chapter by chapter in the life story of the innocent.

Books are a great way of passing on the knowledge through generations, thereby donating books to public libraries, local classrooms,  and to  children with  families who cannot afford  to  buy  them  are  means  of  passing  knowledge. Sponsoring student tuitions to families  who are unable to provide  is  also a huge  meritorious deed, as you are directly or indirectly creating a future for  those in  need. Lending education   or  sharing   the  knowledge   hat   we  already   possess   is  not  t hat complicated. From teaching your  juniors in  school  or  campus  to  teaching  your illiterate grandfather  to  read  his  mail,  introducing  the  alphabet  to  your  infant cousin,  and  sharing  e-books,  study   materials, and  educational  videos online  are all limitless ways you can change lives  because  microscopic  change  is  still ‘change’.

When sharing knowledge, we are building up a better and  much  more  educated society  for  the  current  and  future  generations, and  by  standing  up  for  basic educational needs and illiteracy, you are speaking up for human rights. Let  us  all speak up  for  the  unheard  voices  because, at  the  end  of  the  day,  everybody deserves to write their unique life story and has a right to pass on their own happy ending through generations to come!