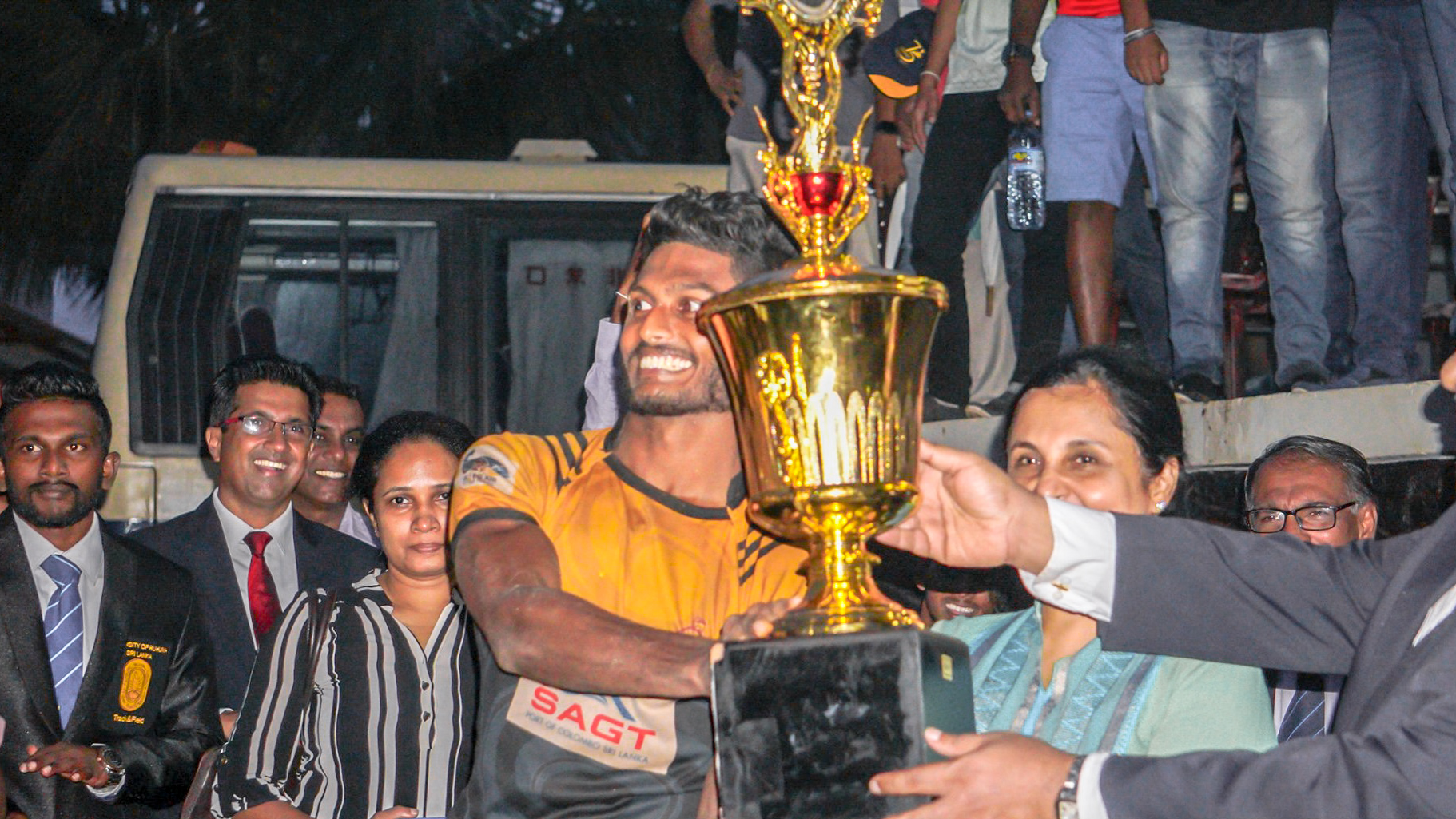 Heavy rains and muddy conditions could not stop the Rugby Tournament for the 13th edition of the Sri Lanka University Games. The finals and the consolation finals were played to a conclusion in very treacherous conditions at the BOI Grounds in Koggala on the 10th of August 2019. The players from 4 universities braved these conditions in style. They put on a wonderful show for the onlooking university crowds. Out of the two games, one was a tightly contested affair while the other was a total demolition.

University of Moratuwa played University of Peradeniya in the consolation finals. The game took place despite the heavy rainfall before, during and after the match. Given these conditions, both teams took a cautious approach to the game. This resulted in only 2 tries being scored, one at each end. Moratuwa successfully converted theirs unlike Peradeniya and took a 07-05 lead to half time. 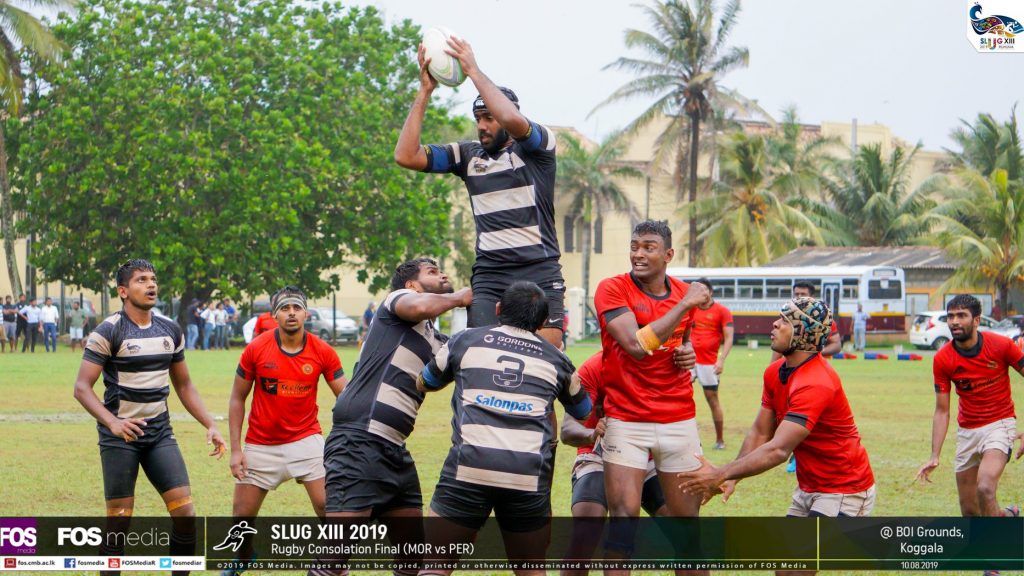 The second half began just like the first. Both defenses stood tight. They gave nothing away. Both Moratuwa and Peradeniya came close to scoring. Both teams used their utmost strength to breach the opposing defense. No one knew who would walk away with the bronze medals until the final whistle. The second half passed by. It was scoreless. Moratuwa clinched the third place with a slim margin of 2 points as the final score also read 07-05 in their favor.

Next, University of Colombo took on University of Kelaniya to decide who would have the bragging rights in the university rugby community.  If there were any neutral fans at Koggala (or elsewhere watching the Live Stream on FOS Media) who expected another tight game, they were surely disappointed. Colombo opened the scoring with just 3 minutes and 30 seconds on the clock. Krishmal Fernando’s side went on to place 4 more tries. One of them was converted. Kelaniya had no answer to this relentless aggression and a demolition was imminent. Wet conditions didn’t help their cause either as quite a few line-outs flew over their team mates to land right in the hands of the Colombo number 7, Mayura Rathnasooriya. 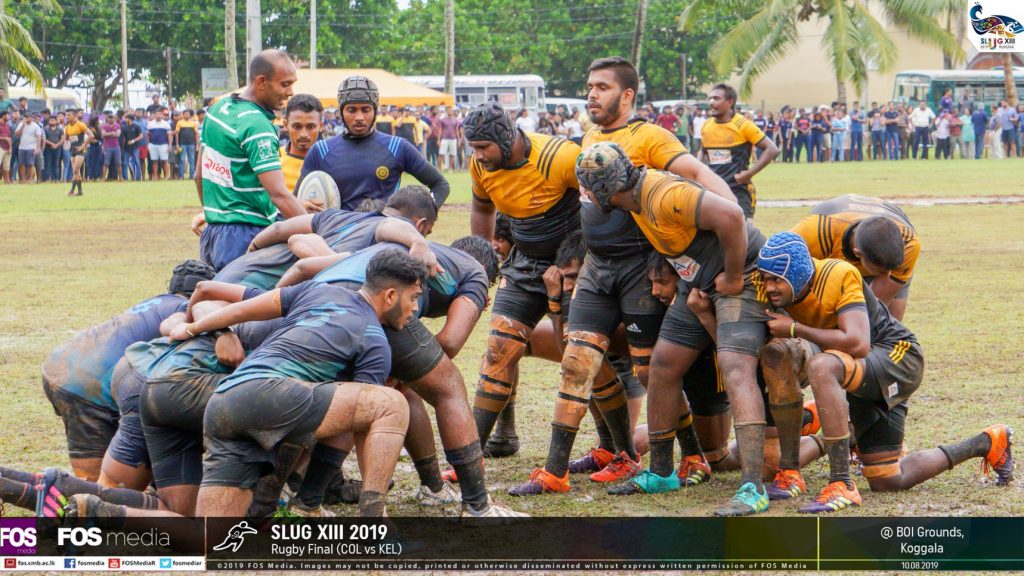 Play resumed after the break with the score reading 22-00 in favor of Colombo. There were many Kelaniya hearts hoping and praying for comeback. It never came. The boys from Colombo placed 3 more tries against a hapless and tired Kelaniya defense. Malaka Chamupathi successfully converted the last of these to ensure a final score of 39-00. The demolition job was complete.

After 10 long years, the rugby championship comes back to Thummulla. Krishmal Fernando is the heroic captain. A strong squad supported him. They stood by him till the final whistle. It was a well planned out campaign from start to finish. The unbeaten champions basked in the glory of victory as they posed for photographs with the trophy and their gold medals. The celebrations ran well in to the night. It was truly a sight to savor for everyone involved with Colombo Rugby.

Watch our live coverage of the entire final match here: