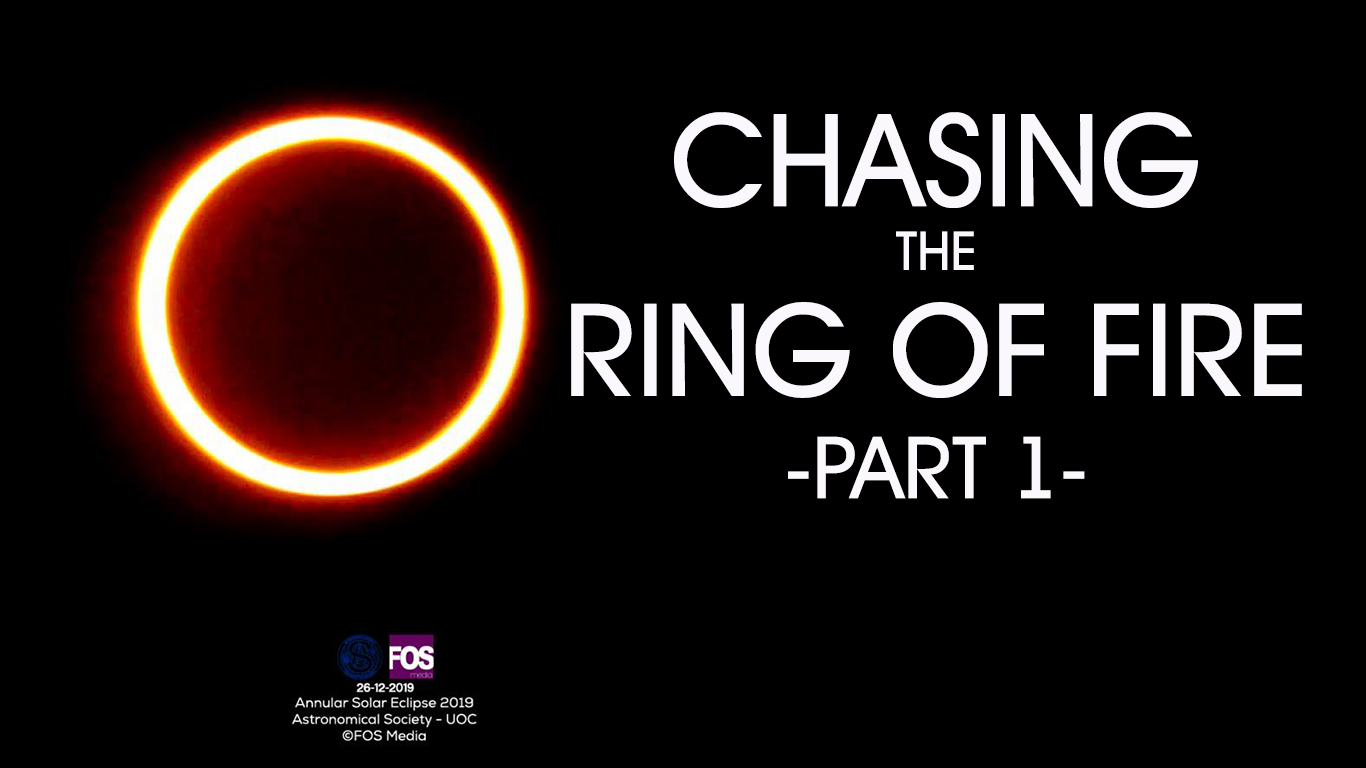 The ring of fire is the playful pet name we gave the last annular solar eclipse visible to Sri Lanka for the next 10 years. So, when they asked me if I would like to go to Jaffna to be a part of the national observation camp for this momentous event, I obviously said yes without a moment’s hesitation. We tested our equipments for days. Then a ten-men strong team from the Astronomical Society of University of Colombo and FOS Media headed out to Jaffna. We had Prof. Chandana Jayarathne, the head of the Astronomy and Space Science Unit, in our university to guide us. It was the morning of the day before the eclipse.

We had an uneventful journey to Jaffna. We set off at about 6.00 am. A few rounds of cards, an odd song here and there was all we had to entertain ourselves within the confines of that luxury bus. Of course, it didn’t help that the middle section of the bus was totally occupied by a bunch of school kids who joined us. Prof. Chandana Jayarathne and his family, and Dr. Michael Gavrilov, the chairman of the International Astronomy Olympiad Association, occupied the front. The gang of ten (10 කල්ලිය) comprised of Subodha Rangana – a master’s student; 5 third-year students: Lahiru Aththudawa, Sanjula Dasunpriya, Gamitha Senanayake, Sarith Pathmila and Pranith Madubashana; 2 second-year students: Rifath Farook and Uditha Weerasinghe; and a couple of first years: Sasanka Kavinda and Pasindu Maduranga.

We arrived in Jaffna around 4 pm in the afternoon and headed straight for lunch. The organizers had set us up lunch at two different places: one venue for the students, and another venue for the others. So, after a small confusion about accommodation, we settled down with the 10 කල්ලිය, Dr. Gavrilov, Prof. Chandana and his family at the Bright Inn. The rest had to stay at a nondescript facility just down the road.

After a quick wash, we managed to get a van from University of Jaffna to take our most critical equipment to the site for one last round of testing. However, our testing was cut short because the van had to be deployed elsewhere before we could even set up our gear. We barely managed to convince them to give us enough time to find a place with a good Wi-Fi signal for the live webcast.

After returning to our base at Bright Inn, we started charging the batteries of our equipment, and set off to find the Rio Ice Cream House. Minutes later, we were gulping down all sorts of different flavours of ice cream. On our return, we did a mock live webcast. I blurted out random facts that came to my mind about the big event the next day. That was for the team in Colombo to test share a live stream to the newly created Astronomy society website (https://astrsoc.cmb.ac.lk/). We had dinner next. Then, we had an intense effort to get the Arduino chip for a research project to work properly. A few rounds of Mafia ensued. But soon enough, we all slept. That was despite the excitement and anticipation of the spectacle that would be known as the Ring of Fire.

Stay tuned for part 2 where we cover the entire solar eclipse from the University of Jaffna playgrounds.