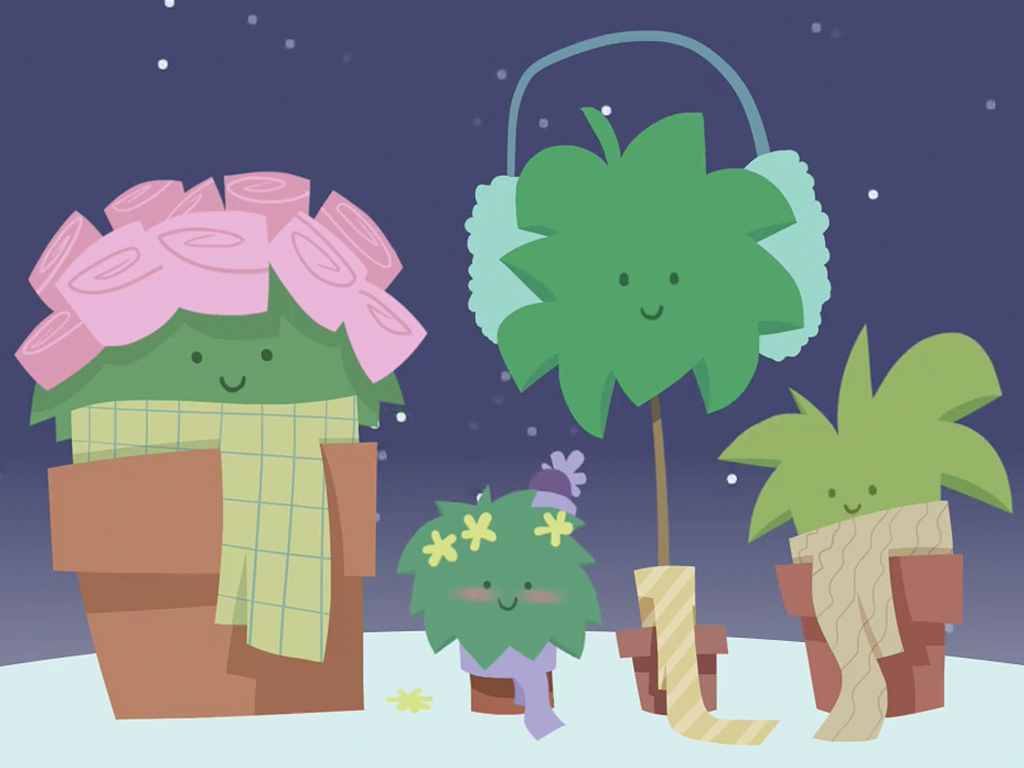 Ever wondered what happens inside the plants standing outside, exposed to chilling weather conditions without a shred of cloth on them? Isn’t it amazing how they survive cold snowstorms with severe winds, left with no other option but to remain firmly rooted to one place?

A human can only survive a maximum of one hour, at freezing temperatures below 10°c. Yet plants, also considered as living beings along with animals, not showing any mode of locomotion, can survive an entire season of  coldness!

Plants are also made up of cells with water as the main component in their protoplasm, just like animals. However, they show remarkable defense mechanisms and adaptations to face the stress imposed upon them during cold seasons. Hence, their disability to move does not lead them to death within a matter of an hour.

If we look at how plants show all these striking mechanisms and adaptations, it comes down to their genes. 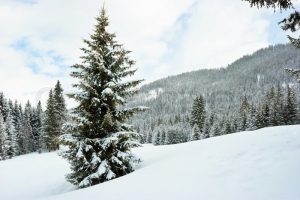 Like we inherit certain useful traits from our parents, plants are also gifted with genetic adaptability to seasonal change. Woody plants show cold acclimation. This is the term given to the process that leads to the development of freezing tolerance in plants. It is a complex process that requires a programmed and integrated genetic capacity to activate the mechanisms needed to withstand harsh winter conditions. Depending on the habitat and persisting environmental conditions during winter seasons, the degree of adaptability of plants can vary. For an example, the height of trees which determines how much of it is exposed to the chilling weather varies according to the habitat of plants of the same genus. Lower the temperature, lesser the exposed height of the tree.

Plants also make use of two metabolic strategies to deal with the freezing temperatures; Supercooling and dehydration. The former helps in avoiding the adverse effects by preventing the formation of ice crystals in cells. This is done via the encoding of genes that give rise to supercooling proteins. These special proteins protect intracellular tissues at temperatures as low as -30°C, by binding to ice crystals that begin to form and thereby preventing the water around it freezing. Thus, the ice crystal will not expand, damaging the cells.

Dehydration is a freeze-tolerance strategy used by plants that have to withstand even lower temperatures. These plants possess genes that encode a type of dehydrin proteins that respond to stress imposed by the cold. Dehydrins lead to the evacuation of water from the cell’s protoplasm into intracellular spaces where formation of ice crystals would not damage the plant. The concentration of solutes in the plant cells, composed of sugars and amino acids, lowers the freezing point and serve as an anti-freeze. 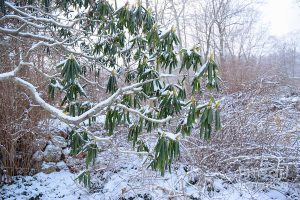 ‘Thermonasty’ is another tactic employed by plants to remain unfrozen. In extremely cold conditions, leaves of many evergreen plants, inhabiting cold regions show thermonastic movements where the upper surface of the leaf curves inwards and the leaf ends up pointed downwards, to the ground. This minimizes the exposure of leaves to freezing temperatures. It also reduces the winter-burns caused by winter sunshine.

In plants that thrive in the tropical parts of the earth, leaves are broader and more abundant to enhance transpiration and bring about a cooling effect by evaporating water. The opposite of this can be observed in plants that are present in colder regions of the world. Leaf size of these plants is much smaller and shedding of leaves occur rarely because more energy should be spent leaf production. This is not aided by the nutrient-poor soil under the harsh atmospheric conditions they live in. Hence deciduous forests are not seen with trees showing the annual leaf cycle. Instead, leaves with the ability to photosynthesize are retained on the trees for a longer time.

Most of these plants bear needle-like, narrow, scaled leaves with minimum surface area. The leaves bear a lesser number of ‘stomata’; pores through which water can be exchanged with the atmosphere. This minimizes transpiration and the risk of freezing. Another mechanism by which the plants protect their leaves by desiccation is by covering the leaf surface with a new layer of wax on their cuticle each summer. 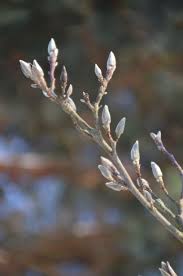 Despite all the hardship, winter plants adorn themselves with buds too! Overlapping scales that surround them act as their guardians. They collectively form a tight, insulating, protective cover for the embryonic floral parts. These buds are taken care of until spring.

In this manner, plants, a marvelous wonder of mother nature, shield themselves from harsh, freezing temperatures by adopting many effective mechanisms, in spite of their inability to move about and cover themselves.